“If we look at the last hundred years, we see an astonishing story of development in Turkey, which leads with unbelievable speed towards modernity, and a country opening up to the outside like never before” – so wrote Çetin Güzelhan in 2009 in the foreword to the catalogue of the extensive exhibition, “Istanbul Next Wave”. Some 8 years and a Turkish president later, one asks oneself how much is left of this progression today. Or rather: the imprisonment of more than 150 journalists, rigid censorship, artists who’ve fled their homeland or are afraid of giving public interviews. Yet there are some who stay and defy such repression. To which belong Bedri Baykam.

Bedri Baykam (*1957), a Wunderkind who at the age of 6 years old was already exhibiting his art, belongs to today’s most famous Turkish artists. Baykam is active politically in various institutions and speaks for a secular, democratic state in which human rights are promoted freely. Following a protest demonstration in 2011, the artist was the victim of a knife attack and despite receiving serious injuries, survived. His fighting spirit and creative impulse remain unbroken.

We are therefore delighted to present the new exhibition from Bedri Baykam, Bir Haremi Olsun Ísterdim / I wish I had a harem at Galerie Kuchling. Rolf and Robert Kuchling first met the artist in 2011 during his stay in Berlin. For all involved, 2017 was the perfect moment to bring about an exhibition in Berlin.
Bedri Baykam and Galerie Kuchling present a cross-section of Baykam’s pictorial work from 2007 until today. In large format pastose paintings, small works on paper, and his so-called 4D multimedia works, Baykam intertwines, in a tight mesh of association, various elements of his own and western culture and art history, all through which he weaves a spark of irony. In the 4D work “The Harem d’Avignon is 100 years old” (2007), the artist situates himself next to Picasso and his famous Demoiselles, as well as photographs of women’s heads above the sentence: I wish I had a harem. In an amusing manner Baykam questions the Eurocentric perspective of art history and the western view of Turkey. The bridge, with which Baykam and his works connect both worlds, is something to be kept.

On the occasion of the Vernissage on the 27th October, the recent publication “Bedri Baykam as seen by the critics” will be launched for the first time internationally. 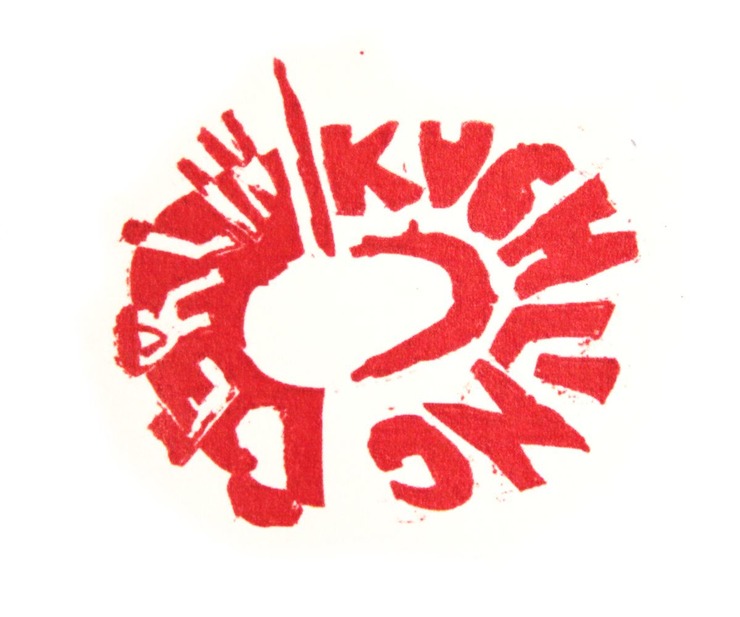