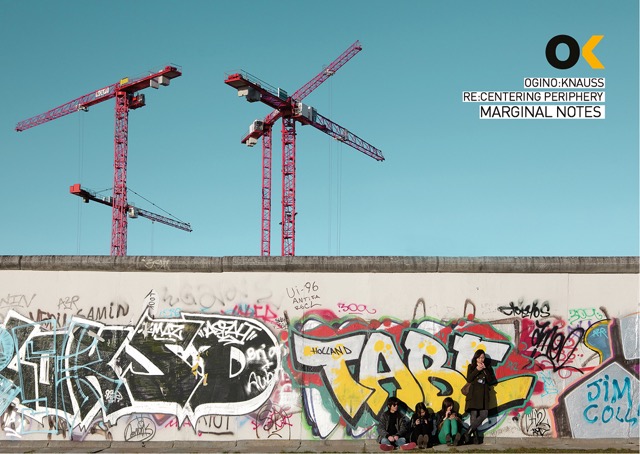 "Randbemerkungen | Marginal Notes" is a photographic exhibition summarizing 8 years of urban explorations by the ogino:knauss collective into the modernist built environment. After their award-winning movies about Cuba and Moscow, the exhibition also becomes the platform to launch the new movie project about Berlin, called "Randbemerkungen", as well as travelogue books about Berlin and Cuba and the launch of "Reconnoitering Berlin", a series of urban "dérives" that will investigate the urban identity of Berlin according to multiple perspectives.

For 3 weeks, Urban Spree will host an installation of printed works and videos, completed by a series of events including live concerts, talks, workshops, book presentations, screenings and performances.

R>CP PROJECT
Re:centering Periphery originated in 2006 at the Biennial del Arte de la Havana. Starting from Alamar, a new prefabricated city built in the 70s in Cuba, the group investigated everyday life practices that inhabit, question and reinvent urban peripheries produced as a result of modernist ideology. The main outcome of the project was a film-series produced through a participative methodology ("Doble Forza" (2008), winner of the Best International Documentary Award at the Istanbul Architecture Film Festival in 2008 and at Sezze Videofest and "Dom Novogo Byta" focused on Moscow). Besides Cuba and Moscow, the group has set preparatory works and surveys in Kiev, Belgrade and Berlin and opened up research files in Mexico City, Casablanca, Marseille, Tel Aviv, Detroit and Hong Kong. The project advancements are regularly published on the R>CP blog.
During the exhibition the two films will be screened at Il Kino in Neukölln.
http://www.oginoknauss.org/blog/

R>CP EXHIBITION
The exhibition is centered around a selection of printed images shot in La Habana, Moscow, Kiev, Belgrade and Berlin, pictures capturing the urban and social landscape of modernist peripheries and the inner margins of the metropolis. The textures, geometries and patterns designed by the brutal architectural practice of the 20th century are shown alongside cracks, eruptions, signs of colonization and the re-appropriation following the everyday life of its inhabitants.
Two video installations complete the set up, representing opposite directions of research. The first, focusing on the abstract substance of the architectural modernist vision, shows geometrical patterns and symmetries being digitally explored and transformed into a hypnotic graphic landscape. In the second work, conceived as a study for the forthcoming full-feature film, the attention is conversely shifted towards the human body- “Der Mensch, das Maß aller Dinge”, following through a longer sequence an elderly hindered man slowly crossing the streets of Berlin, Mitte. A live audiovisual performance will be presented at the opening night.

R>CP OPEN WORKSHOP
The event at Urban Spree is primarily intended as a discursive platform for realising the new film project about Berlin "Randbemerkungen".
During these three weeks, a series of events will involve known as well as new collaborators of the group presenting, discussing and performing theme-related works in progress. According to the participative methodology of the group, interdisciplinary conversations, live audio video performances, live sonorisation of films, workshops of spatial assessment and dérives, will act as resource-material for the upcoming film. During the last days of the exhibition, the launch of Reconnoitering Berlin will take place, a series of urban dérives that in the following months will investigate the urban identity of Berlin according to multiple perspectives.
http://urban-reconnaissance.oginoknauss.org/berlin-liquid-city-workshop/
http://urban-reconnaissance.oginoknauss.org/reconnoitering-berlin/

R>CP BOOKS
the Re:centering Periphery Travelogues is a new series of photographic essays documenting the survey into global urban peripheries done by the collective:
-La Habana InT/Ext, is a five-week diary from Cuba 2006, focusing on the strong dichotomies affecting the Cuban social landscape. The basic cinematographic dialectics interior/exterior is variously reinterpreted as centre and periphery, legal and illegal, private and public...
-Exposing Berlin, is the result of a long-term observation of the transformations of the city since 2007, when the collective moved its base. The photographic essay dedicated to Mitte and Friedrichshain points at the conflation of image and spatial production in a neo-liberal urban development. The camera investigates the attempt to reinvent a unified central identity of Berlin in the place of the fragmented urban reality which carries scars and memories of a divided past.
The R>CP Travelogues are printed in a limited edition of 200 copies, available at Urban Spree's Bookshop.

R>CP Crowdfunding
One of the exhibition’s main purposes is to sustain the future development of the project and support the realisation of the film Berlin Randbemerkungen. In the occasion of the exhibition a crowdfunding campaign will be launched to support the pre-production work for the film. Photographic prints, silkscreen prints, books and other limited-edition products will be on sale during the events at Urban Spree.

The Full Program of Events during the exhibition is available on the Urban Spree website: http://urbanspree.com/blog/event/oginoknauss-recentering-periphery-marginal-notesrandbemerkungen-exhibition-2/ 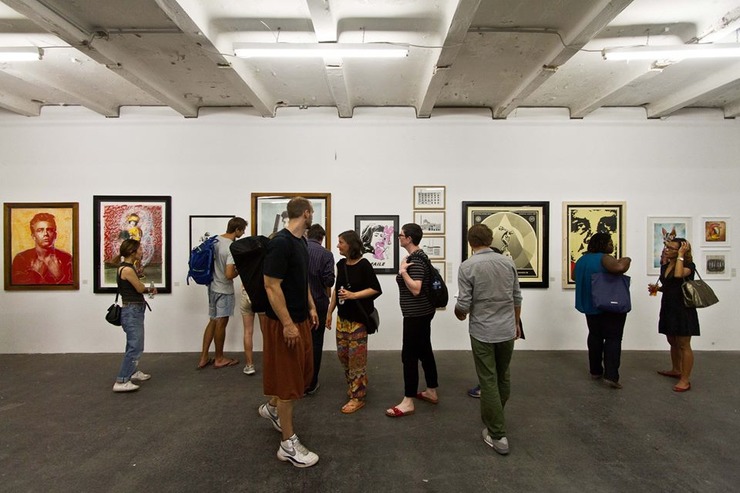