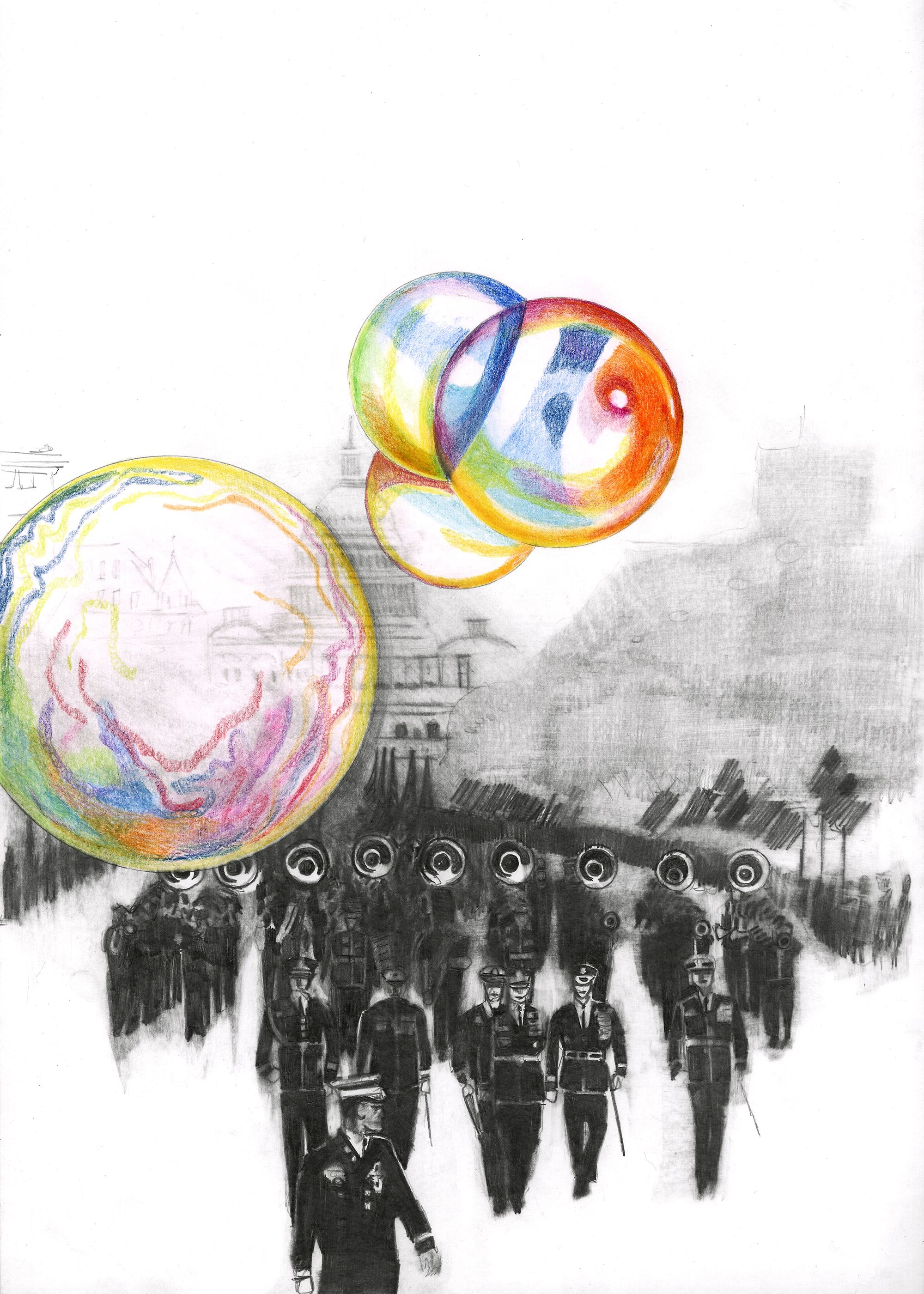 Marc Bauer (*1975 Geneva, Switzerland) has been awarded the GASAG Art Prize 2020. He uses drawing as a medium to address issues like migration, identity and gender, a critique of new media, and links between religion and violence.

Based in Zurich and Berlin, the artist conducts detailed research before creating his room-size installations consisting of works on paper, wall drawings, animations and sound. The new narratives that result suggestively combine historical events with fictional elements.

For the exhibition “The Blow-Up Regime” Marc Bauer studied the history of the Internet from the earliest computers until the present. The focal question here was how the omnipresence of digitalisation has influenced our perceptions of reality, the individual and society. With the exhibition the artist sketches the portrait of a society undergoing transformation as a result of digitalisation and accelerating technological progress.

In pursuit of his project Marc Bauer teamed up with partners from various disciplines, such as the musician Thomas Kuratli (Pyrit), who composed the sound for the exhibition, and the Swiss-German writer Sibylle Berg. In his exhibition Marc Bauer makes several references to her novel “GRM Brainfuck”, published in 2019.

The award initiated by GASAG will take place for the sixth time in partnership with the Berlinische Galerie. Every two years, the partners honour an outstanding artistic contribution at the interface between art, science and technology. The previous winners were: Susanne Kriemann (2010), Tue Greenfort (2012), Nik Nowak (2014), Andreas Greiner (2016) and Julian Charrière (2018). 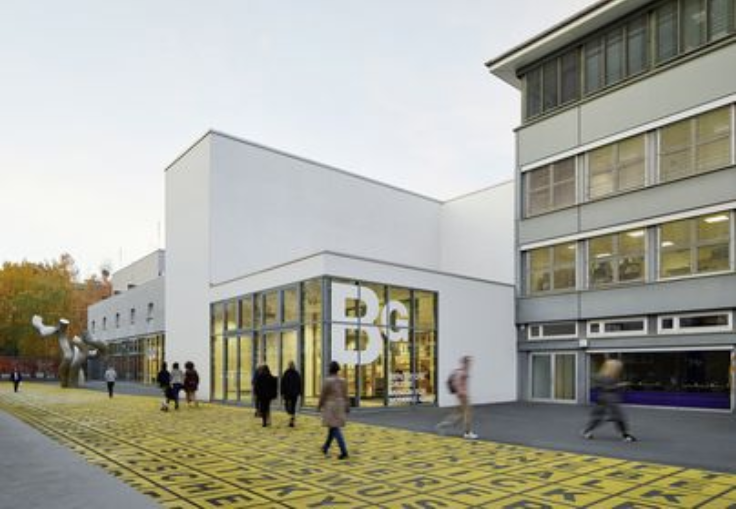 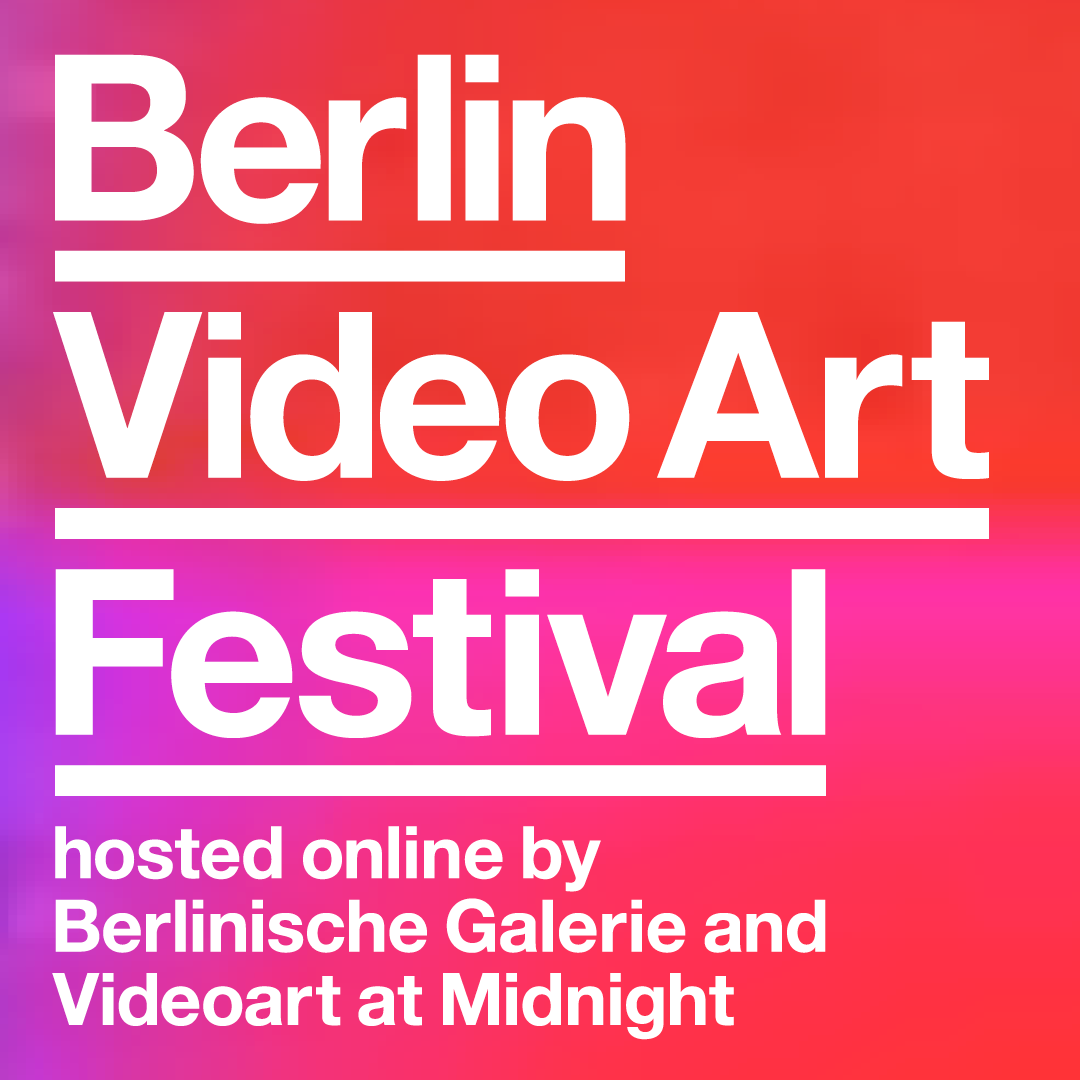