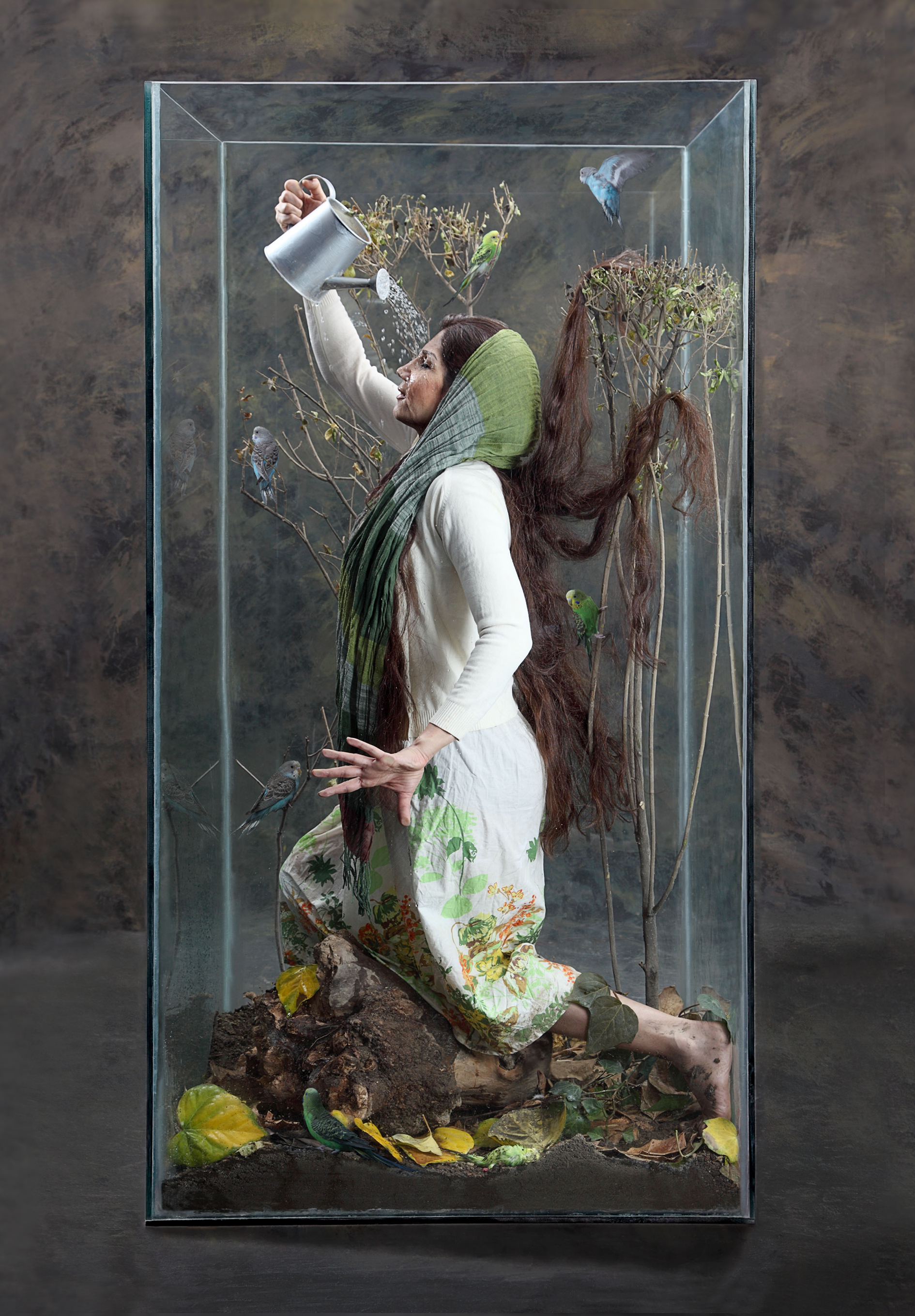 "These are not photographs if "photos" are supposed to be considered as embodiment of reality on a paper surface; they are actually a kind of medium abusage of photography as an easy intermediary for making grotesque; such as what has been from Joel-Peter Witkin and continued by Tim Walker and David Lachapelle then.
The series "I'm from Kate Moss family" - which I've tried to mention to fake essence of reality in - reminds Kate to me. It is started from 2011 with still lifes; and as Kate Moss is famous because of her illusive fashion pictures in the world of advertising.
I picked up all fake stuffs around; but something went wrong then and it was about the artifices and not having relation to my own life, but it was not the end of story, actually it was the beginning when I realized the main obstacle is nothing but me, I was the fake!! So I made changes in my attitudes and achieved what you are looking at now. The "me" who is in an aquarium full of relations…" (Mahsa Alikhani)