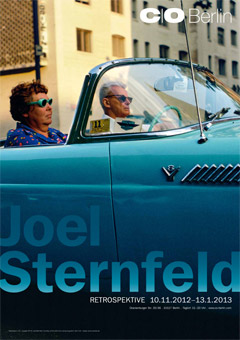 It is an epic journey across America—off the beaten track of tourist travel and far away from the celebrated national sights. The landscapes, streetscapes, parks, and houses that appear—along with their residents—in Joel Sternfeld’s photographs initially seem unspectacular, harmless, and familiar. Yet the images are unexpectedly powerful. Barely concealed beneath the surface of these images are failed utopias, forgotten fates, and bloody crime scenes. Joel Sternfeld peels away the layers soberly and precisely, bringing to light the limitations of human perception, the lightness of forgetting, and the everyday nature of violence. The explosive power of his pictures lies precisely in their quiet refusal of all sensationalism, revealing a skeptical yet occasionally affectionate view of a shattered nation at the end of the twentieth century.

In cooperation with the Folkwang Museum, Essen, C/O Berlin will be presenting the first major retrospective of the work of Joel Sternfeld in Germany. The exhibition will comprise his series American Prospects, Sweet Earth, Stranger Passing and On this Site. 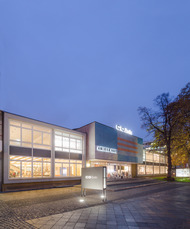