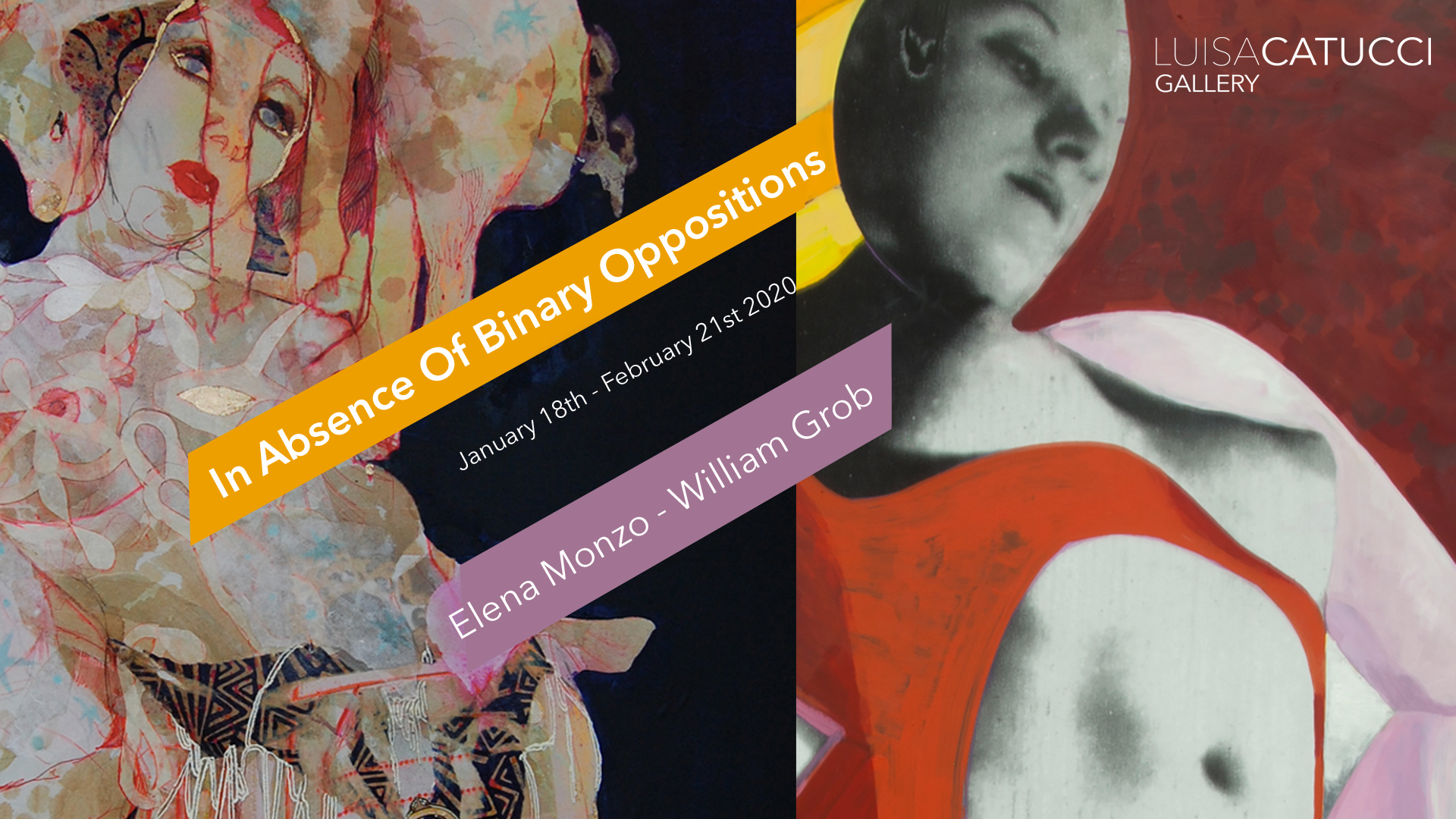 In Absence Of Binary Oppositions

"Post Anarchism is anarchism understood not like a certain set of social arrangements, or even as a particular revolutionary project, but rather as a sensibility, a certain ethos or way of living and seeing the world which is impelled by the realization of the freedom that one already has."
Saul Newman

The work of the young Swiss-British artist William Grob and the work of the Italian artist Elena Monzo are both distinguished by rough technique and a very peculiar aesthetic.
Even if coming from different cultural backgrounds and slightly different generations, both artists seem to look at the world with the same lenses, where the rules of binary opposition are willingly unaccepted. The binary opposition is the structuralist idea that acknowledges the human tendency to think in terms of opposition. With this categorization, terms and concepts tend to be associated as positive or negative. Derrida, the father of Deconstruction, argued that these oppositions were arbitrary and inherently unstable, the structures themselves begin to overlap and clash and ultimately they dismantle themselves from within. Both Grob and Monzo seems to embrace Derrida’s point of view, as the subjects depicted in their works not only absolutely eludes the strict structure of a conventional binary aesthetic, but even becomes heralds of a completely different one, so dear to the of third-wave feminism, and to the post-anarchism, which argues that the perceived binary dichotomy between man/woman, civilized/uncivilized, white/black, old/young, beauty/ugliness have perpetuated and legitimized societal power structures favoring a specific majority.
It is not a surprise at this point, that both William Grob and Elena Monzo are very critical towards a mass culture. William explores the consumed/consuming society and its consequences on the individual, and Elena underlines its ephemerality, especially in relation to the feminine figure. One tear apart the reality he sees around him, leaving the wounds wide open, while the other decorates the wound's edges with the finest embroideries.