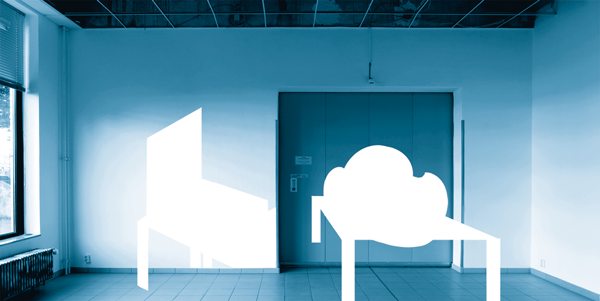 vernissage on friday 29 august 2014 from 6 to 9 pm
exhibition 30 august until 4 october 2014
opening times: wednesday-saturday from noon to 6 pm

the oca gallery berlin is delighted to be able to show new installations and objects by hannes brunner (b. 1956, lucerne) as part of his falltüre – failure on truth project.

visualisations of scientific achievements are rarely doubted; the images turn into icons, although we don’t really know if they look like this in reality (flat earth or globe). maybe someone will one day claim alberti's and brunelleschi's methods for calculating spatial perspectives to have become superfluous because we decided they no longer had anything to do with reality: internalised interpretations of spatial images, a result of watching flat screens, produce new dimensions. spontaneous curiosity, a kind of generalised immortalisation of the quick-click action on the smartphone, produces mental (cognitive) events that will leave behind traces.

these are the ideas behind the three-dimensional models in brunner’s falltüre – failure on truth project in which he produces drafts and room designs for the kind of direct experience we can usually only achieve using electronic devices – e.g. a data glove and accompanying pair of 3-d glasses.

brunner has been making ideal objects for several years now –ephemeral in nature and sometimes only supported by the strength of his intellect. there are series of models that are often made out of simple materials such as wallpaper and presented both as small objects as well as large-scale installations. and there are attempts to give ideas form, for example in a conceptual exhibition in dubai, where a digital search engine was used to create a city-like, three-dimensional composition of poems from the divan by the persian poet hafiz and of texts by the arabic sociologist ibn khaldun from the 14th century. for the kunstmuseum centre pasquart in biel in 2009, he produced a series of room-filling installations called zeitmaschinen, which discussed the perception of striding through a door from one time period to another and at the same time transforming the same moment into an extended shape. in one of the subsequent exhibitions in zurich, he presented different, small models – bozzetti (impromptu models) – and objects as mnemonic devices in an overly large display cabinet that was reminiscent of a collection of geological minerals. in his exhibition in lucerne last year, he showed an elongated pedestal with chair-sized objects that could only be recognised from one side. deception as the basis of perception: isometry is a method of recognising three-dimensional objects on paper. their transposition into the spatial arena makes objects appear as a three-dimensional illusion when seen from one side, and as a flat surface when viewed from the other. it is on this basis that brunner is developing his plastic artwork.

which look do we throw in which direction?

the location in which brunner presents his work is an equally important component of his conceptual thinking. the oca gallery is close to potsdamer platz, where the kulturforum, the neue nationalgalerie, the kupferstichkabinett (museum of prints and drawings), the berlin state library and the former border through germany that divided the city into two halves are located. today, the collective memory of this location is more a romantic glamorisation of the truth. the exhibition space consists of two same-sized rooms separated by a massive self-closing fire door. the possibility of closing the door, i.e. separating the rooms, serves as a metaphor for looking at what is real and what merely seems to be so. what remains on either side of the door when it is closed? something whole or two halves of it?