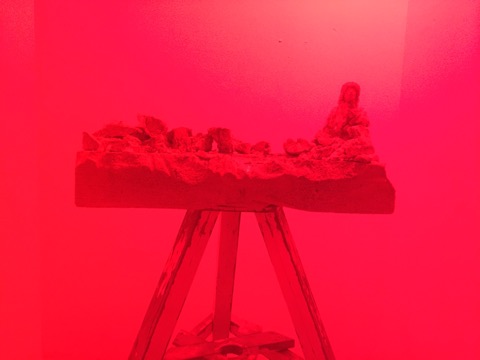 Guinchi was born in Bogota and adopted by Berlin, the "Big City" life is undoubtedly reflected in his art; the roughness of hand forged iron combined with meticulous detailing, from heavy chisel strikes on stone to 3-hair paint brush shadowing, the balance in his art, the dedication to details and the use of industrial and construction materials draws the line that defines a “Guinchi”.
He graduated from the fine arts academy at Jorge Tadeo University, later did posterior studies in classical figurative stone carving. The love for renaissance eras flows through his career minding about technique and talent to pursue an idea. Beauty matters for the artist, even when his art feels dark at first, you can always find those slight touches that makes you admire the "beauty" behind a well executed technique.

Based on history, the artists have been used by corporations and organisations for personal interests, as a medium to convence masses. The religion, politics, publicity are examples of how artists can make the difference in human manipulation

“We as artists have a responsibility that goes far beyond
decorating a living room” – states Guinchi.

On side projects and collaborations, Guinchi has created social inclusion with guerrilla art and open air exhibitions in order to arouse interest in unconventional/forgotten spaces, raising the aesthetic aspects of the place, giving new added value resulting in higher life quality for the less fortunate people, reaching them, other citizens whose artistic interests can be suppressed due to a social / cultural backgrounds. This triggers a revolution that distinguishes between "Comercial" and "Real" art.

"Art should convey a message. When art is based primarily on an artist's personal feelings, it is not only selfish and irresponsible, but a waste of the profession, such as the doctor who studies medicine to perform nose jobs and breast implants rather than saving lives. "- states Guinchi.

In 2017, Guinchi founded the art gallery Untergeschoss der Pandora kunstgalerie in Berlin, A place where Guinchi puts in practice the creation of "AHORA". This term refers to the "present art" wave that Guinchi began after using collective intelligence as curating process in the gallery. Representing more than 26 artists

Guinchi lives and works in Berlin since 2013. 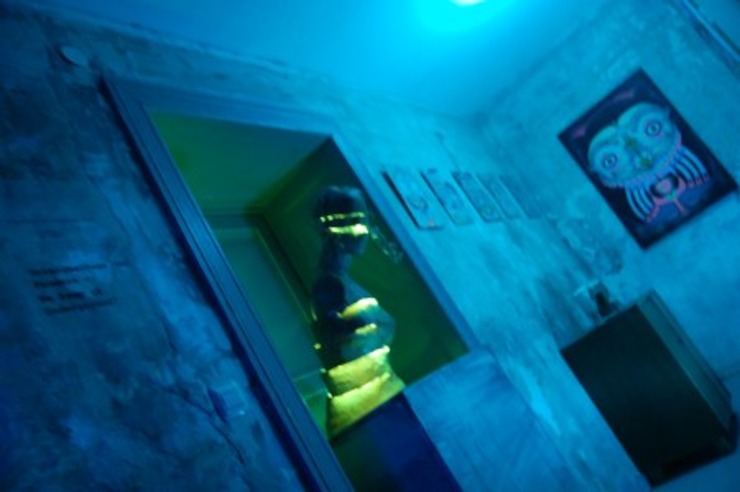