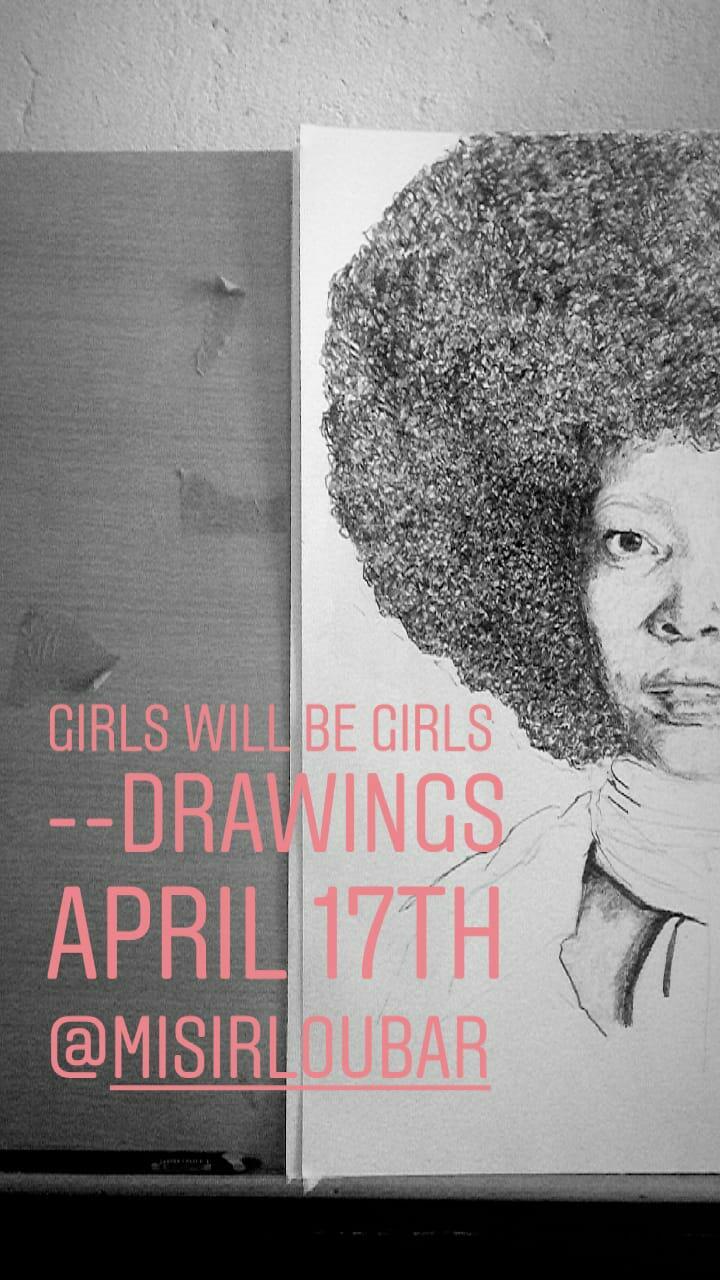 girls will be girls -drawings

We are pleased to present our good friend and artist Kerstin Kary for the first in our series of exhibitions of local artists at Misirlou. Kerstin will be showing the second part of her Girls Will Be Girls series of portraits that she successfully premiered last summer. The exhibition will focus on the great female musicians we all love and adore, like Etta James, Janis Joplin, Stevie Nicks and more. The exhibition will run until the end of May.

About the project: girls will be girls -- portraits of punk

Kerstin Kary hoists her “Portraits of Punk“ like flags, her slogan „Girls will be Girls“, flying at full mast. Ipso facto the title of her current exhibition spotlights the fact that “Boys will be Boys“ in everything they’re supposed to do or allowed to do, based on the pejorative experience that girls have to be girls in everything they desire or aspire to. What’s believed to be typical of boys, e.g. stepping out into the spotlight by becoming a musician, has recently been celebrated under the unfortunate title of “ Untypical Girls“ in an English publication, as the counterpart to the male role model.
The quality seal „untypical“ is as equally silly as the certificate „strong woman“, positing that women are weak by nature.
It also expects, that for women, the typical can only be claimed in derogation from the normal. But even so, there’s no certainty: When the “New York Dolls“ provoked a calculated scandal by going on stage in make-up and women’s clothes it had perfect coolness potential. The women of German punk wave band Mania D on the other side were referred to as “Dykes“ when they dared to perform in men’s suits. If punk was a revolution it devoured its women. This of course was only possible because women played a central role in punk.
Never before and never again has there been a youth culture where girls were as present and outrageous in a male domain. Before Riot Grrrl became the brand for this uprising and the band Pussy Riot turned Ecce Homo’s altar into their stage of female joie de vivre, so called front women trod the planks that symbolised the male world. Now they were fronting bands, not backing them on vocals in the shadows of their stars, 10 steps away from fame. Typically female, meaning radical, they were walking in their own footsteps. Men’s footprints weren’t too big but too worn out for them.

About the artist:
Kerstin Kary is a Berlin based visual artist who has always been inspired by music, lyrics and concerts in her work – be it in costume design, textile printing or art installations. After completing her studies in costume and fashion design at HAW Hamburg, she studied fine arts at Massey University in Wellington, New Zealand with a focus on painting.

Music, like Ariadne's thread, runs through all her projects. These include Shadowplay (Wellington 2009), On the Wall (Wellington 2010), A Visual Mixtape (2014 & 2017), Drawings for Depeche Mode (Video Compilation 2017) and the artwork for the Berlin band Wichswut. She is currently working with Eskil Simonsson of Covenant on a new project. 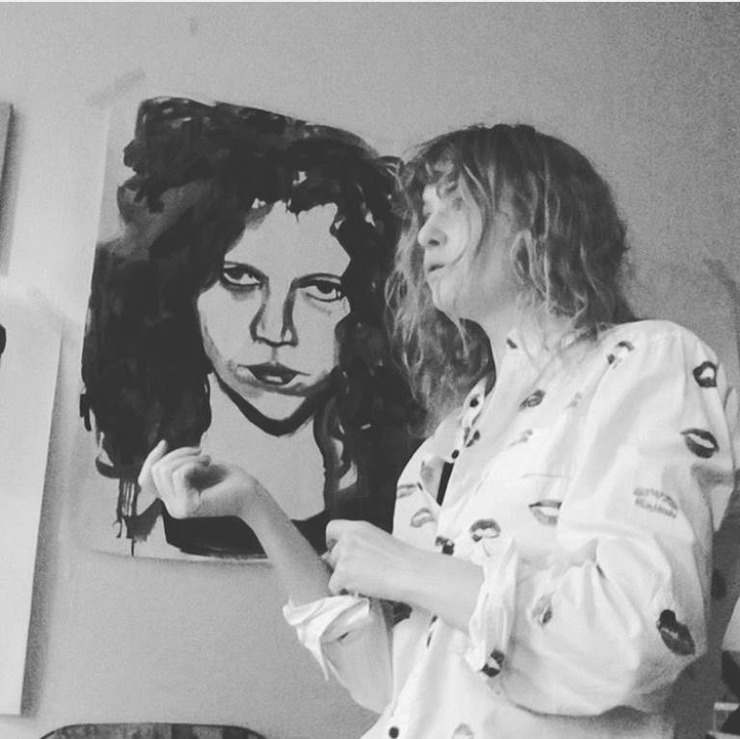