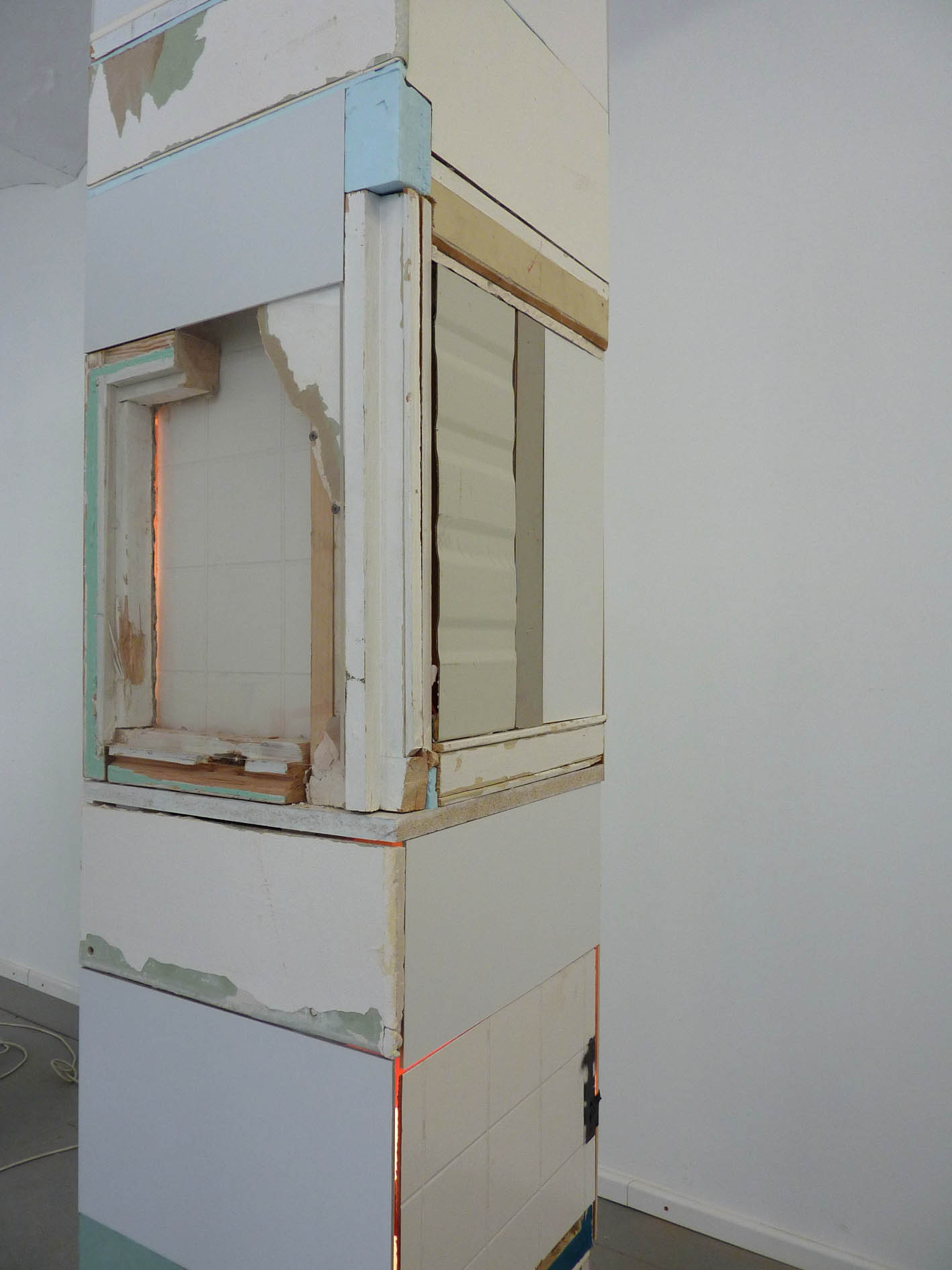 'From 0 to 0' brings together two positions that survey, from opposite perspectives, the idea of deconstruction. Bram Braam approaches deconstruction in a lucrative manner, by fusing dislocated, rough materials into new bodies of work, while Radu Oreian 'x-rays' the traditional components of painting and sculpture, altering the perception of color, line and volume.