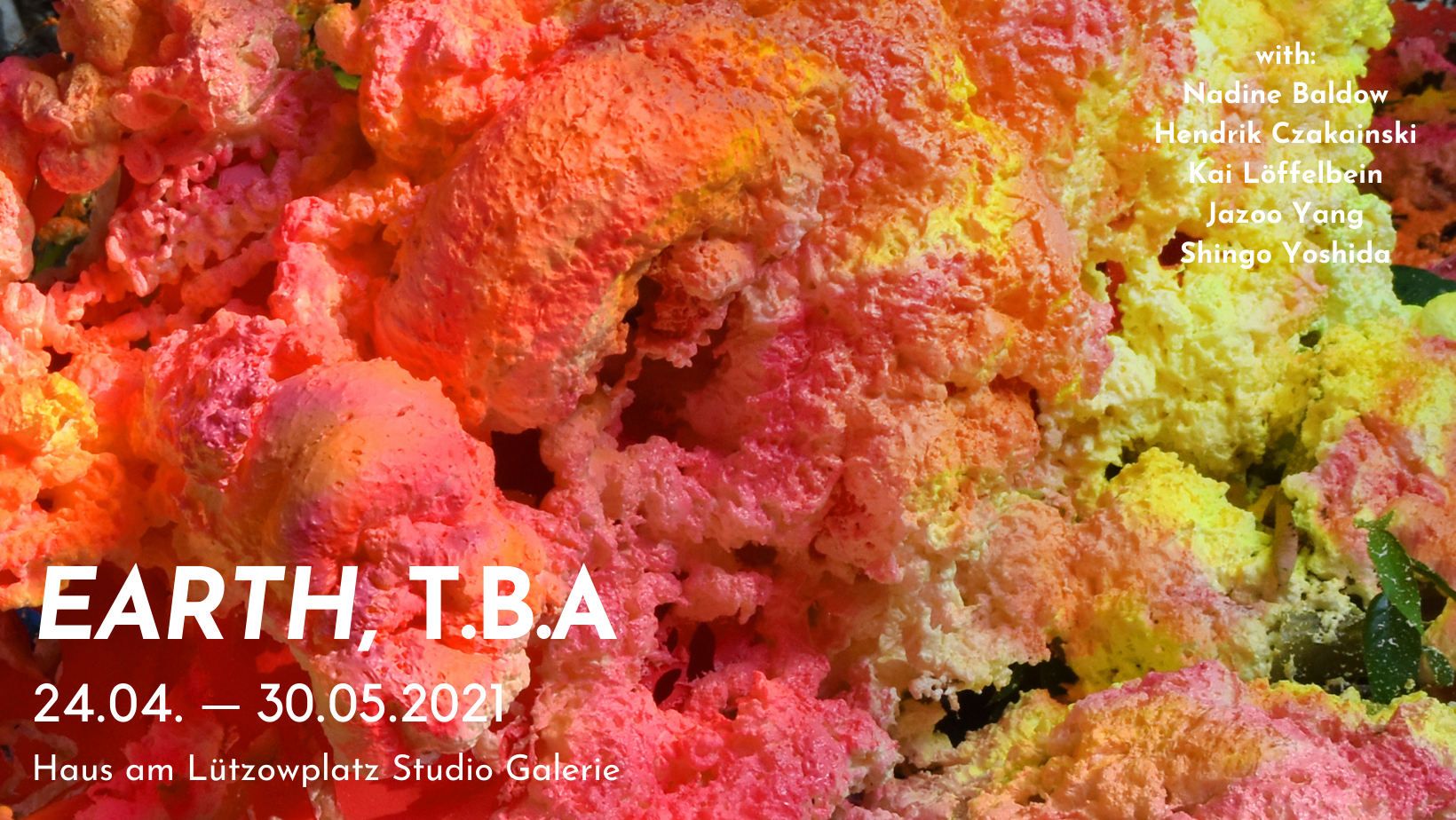 EARTH, t. b. a.
Curated by Vanessa Souli

COVID-19, California Fires, Australian ecosystem collapse. What is going on in the world? Are we experiencing a new phase of human existence or are these terrifying phenomena still to be considered ‘natural’? How do we imagine our world to be like in some years from now and more importantly, how do we want our world to be in the future?

The exhibition EARTH, t. b. a. is to be understood as part of the Anthropocene exhibition series, conceived by curator Vanessa Souli, which explores the broader relationship of humans to their immediate, as well as global, natural and social environment. An unofficial term used to describe the current period in Earth’s history when human actions have a visible impact on the regulation of climate and the balance of ecosystems, the Anthropocene is an increasingly important concept that encompasses all aspects of human activity on Earth.

The project presents a series of scenarios of future life on Earth that oscillate between imagination and documentation. The selected works, which are mainly site-specific installations, are imaginary investigations of post-apocalyptic rural and urban landscapes as a result of human influence on nature and architecture. Specifically, the exhibition aims to generate a conversation around the following global issues:

As the main research focus of the respective artists, these questions open the dialogue through different interpretations of the motif of landscape.

Nadine Baldow ’s work (*1990 in Dresden, lives and works in Berlin) is primarily concerned with the complex relationship between ‘culture’ and ‘nature’ and their constant mutual influence. How can one differentiate between what is culture and what is nature? Who decides what is natural and what is culturally-imposed? Can our planet be considered pure nature as it looks today? In an effort to answer these questions, she creates imposing installations that ask sincere questions about the future of the species and humanity.

Hendrik Czakainski’s works (*1979 in Aurich, lives and works in Berlin) are sculptural and relief-like depictions of urban settlements, and otherworldly industrial sites marked by human-inflicted and natural destruction. However, one cannot assign these landscapes to a recognisable city or town. Czakainski’s works are more often than not fused with impressions from his own travels (primarily Southeast Asia) and translate the often negative excesses of our globalized and increasingly urbanized world into his own unique artistic language. In this way, Czakainski’s works evoke an aesthetic that walks a fine line between devastation and rebirth.

Kai Löffelbein (*1981 in Siegen, lives and works in Hanover) has worked on long-term projects in South America, Asia, Africa and Eastern Europe, in which he examines the effects of socio-political and economic actions on the population and the environment. In this exhibition, Löffelbein’s work focuses on the impact of the excess of e-waste produced by western ‘civilised’ countries on poorer, ‘developing’ nations.

Jazoo Yang (*1979 in South Korea, lives and works in Berlin) is primarily concerned with the transformation of entire neighborhoods due to gentrification. By gathering remnants of buildings, houses and places of cultural importance, she reinterprets cultural memory and identity. This debris consists of the lost fragments of urban life – pieces of plaster from the exterior walls of a building, scraps of wallpaper from an interior, the remains of antique tiles. By transforming these findings into sculptures, she fuses the old with the new, the distant with the proximate and a fading narrative with a lively one. In her sculptures, memory is retained as an artistic narrative, thus contributing to the preservation of cultural heritage.

Shingo Yoshida (*1974 in Tokyo, lives and works in France and Germany) is a Japanese interdisciplinary visual artist with focus on video and installation. Yoshida has been traveling around the world for his projects since the beginning of his career. His interest lies on examining ‘micro-communities’ as a way to understand the rules of how global society works. In doing so, he discovers how humble our existence is in comparison to the omnipotence of nature. Yet, his works always evoke a connection between human and environment. For this exhibition, he presents a dystopian video installation, portraying an abandoned area of the Chilenian urban landscape.

Vanessa Souli (*1992 in Athens, lives and works in Berlin) is a Berlin-based curator and writer. Since 2017, she has been curating projects in Germany and internationally while writing for established international magazines. One of her main curatorial interests is the Anthropocene and the impact of human on the environment. This exhibition is the second project of the series Anthropocene.

The concept aims to propose both a poetic and documentary narrative that emerges from different perspectives of the artistic imagination. Crises, like ours nowadays, show how fragile our realities can be and are therefore good opportunities to raise awareness for new, sustainable ideas. The planned exhibition therefore offers new visual representations of destruction and functions as a platform for the discussion of a sustainable future.

The Anthropocene Project is a multidisciplinary body of work combining feature documentary, fine art photography, film, virtual reality, augmented reality, and scientific research to investigate human influence on the state, dynamic, and future of the Earth. Designed to open up a unique and complementary exploration of locations, ideas, and themes, the cinematic VR aims to create experiences that literally take viewers into the realities of the Anthropocene. 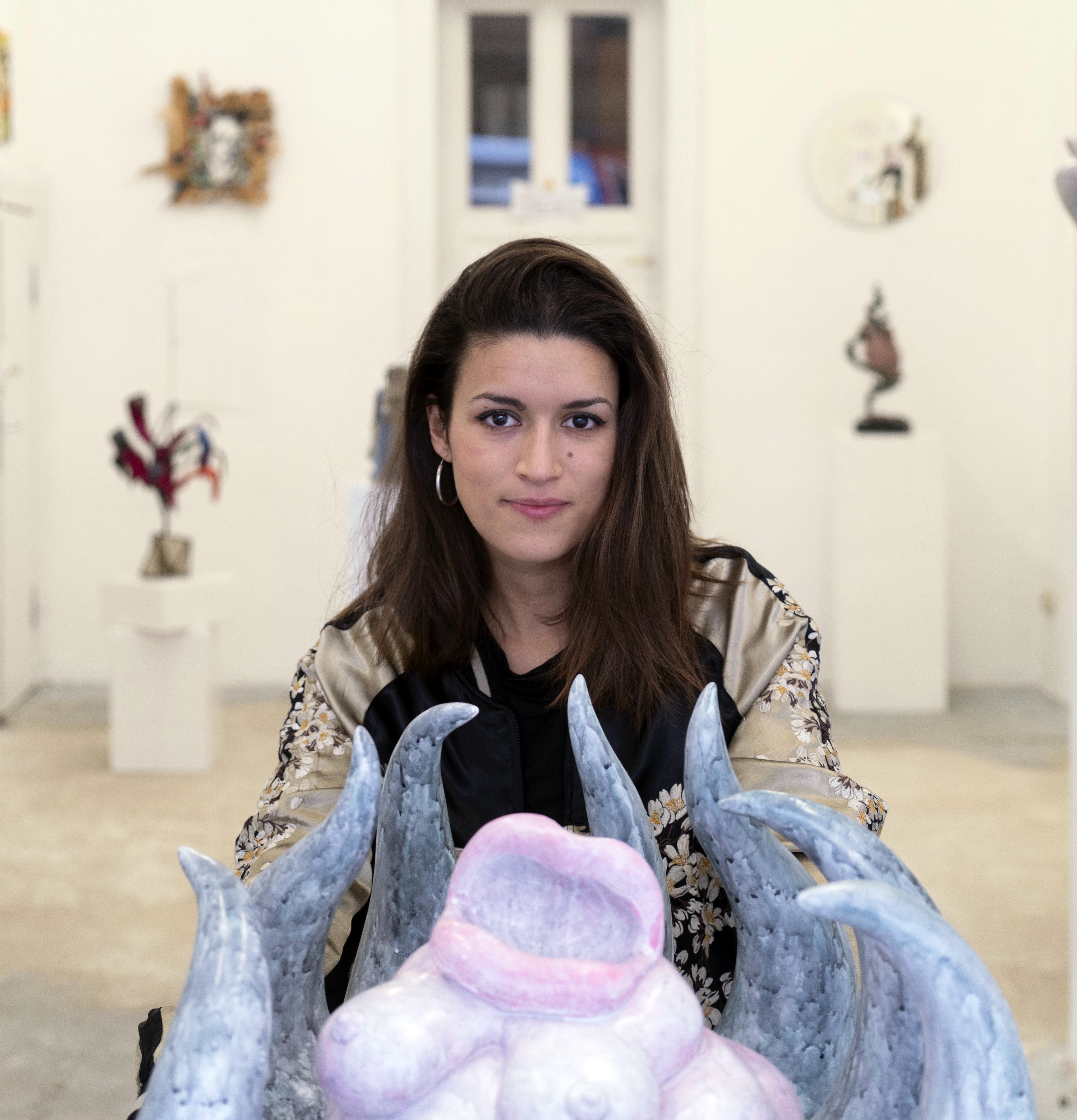 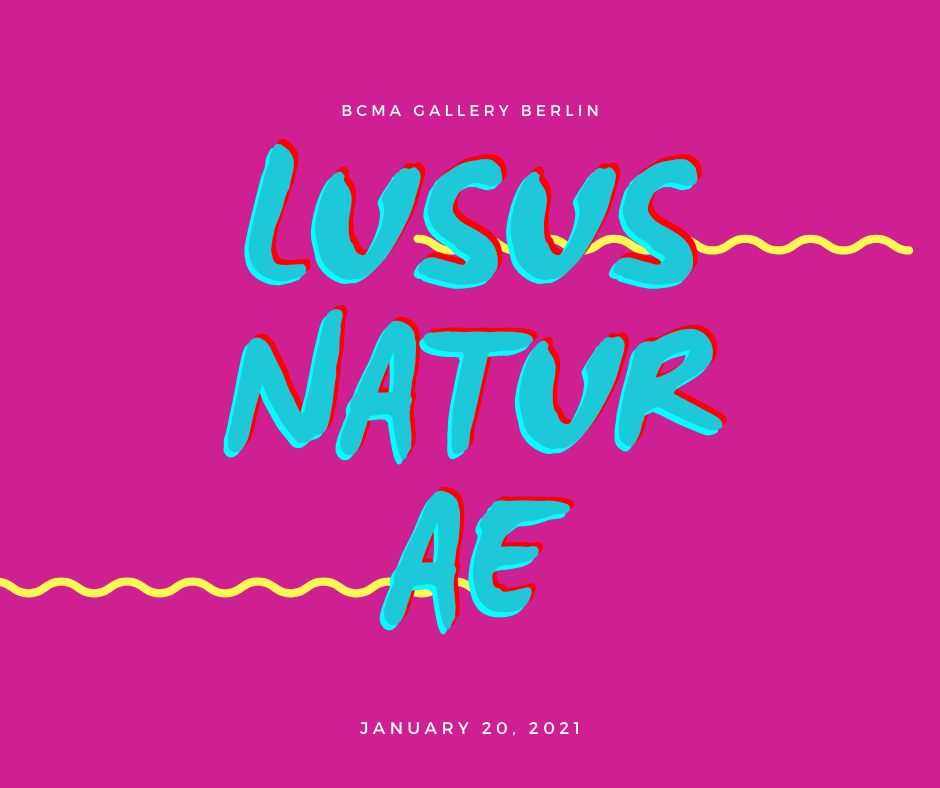 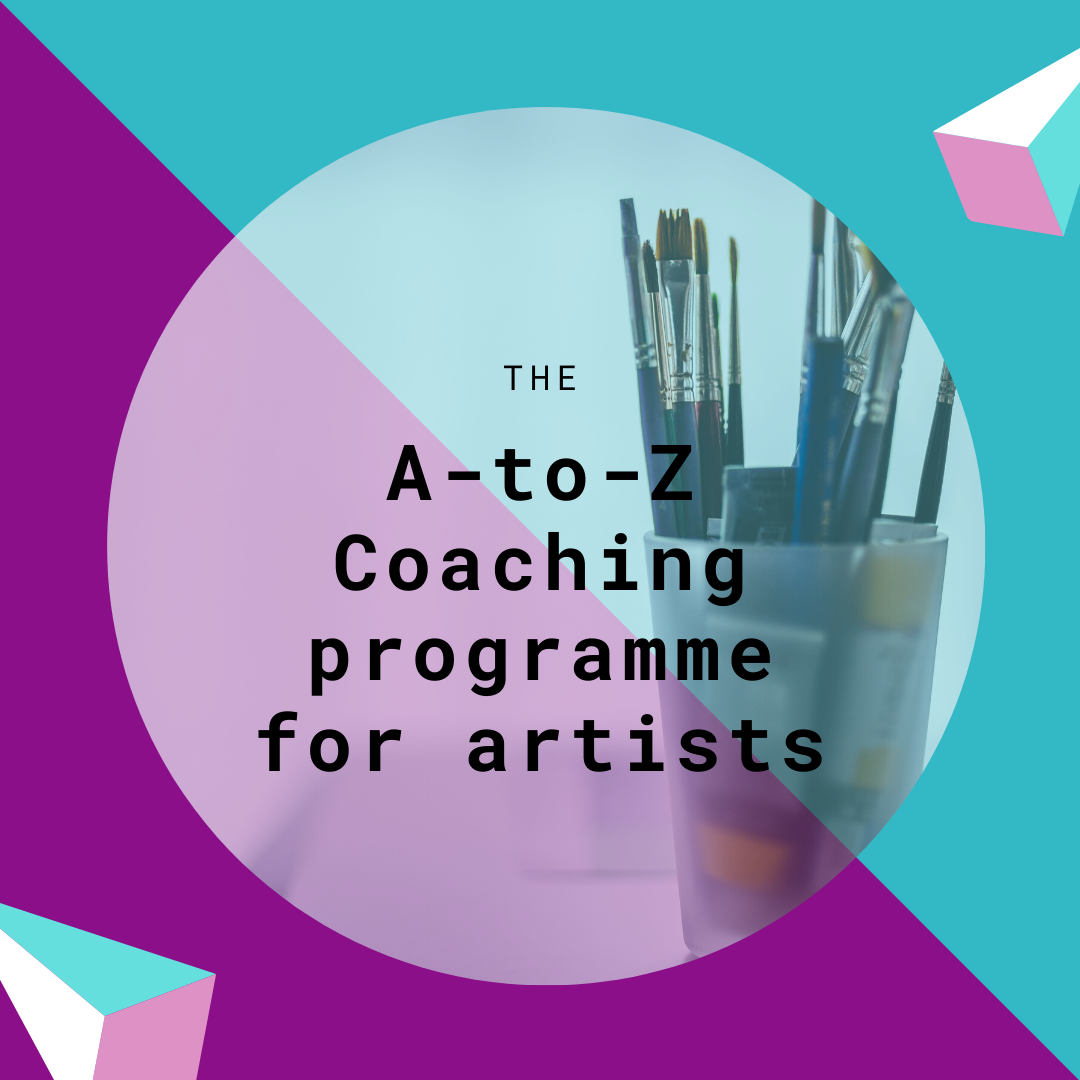