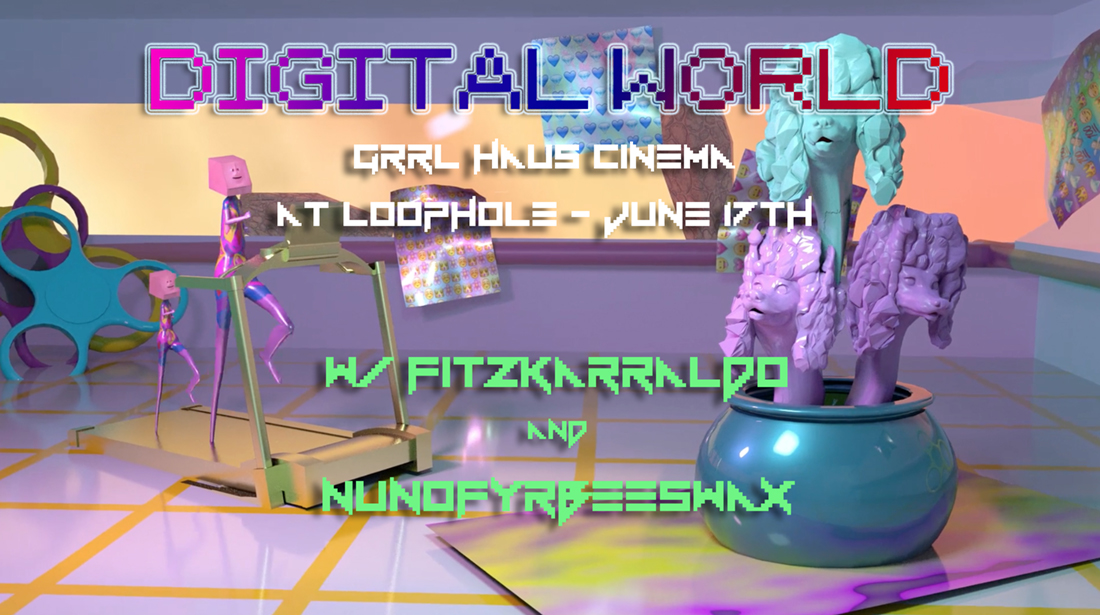 Bands start around 21
Fitzkarraldo
https://fitzkarraldo.bandcamp.com/
two multi-instrumentalists join forces in Berlin creating Fitzkarraldo: the matrimony of the insectile guitar riffs of James (UK) and the thudding drums of Emanuele (Italia). Beginning of 2018 Riccardo Scaramagli (Italia) joins the band. Like the Herzog film after which the band is Christened, Fitzkarraldo is a raw offering which stands groaning even if it isn’t wanted.
nunofyrbeeswax
https://nunofyrbeeswax.tumblr.com/
Nunofyrbeeswax write and play a bunch of pop songs as raw as their hearts in a minimal set up. Their sound has been described as an idiosyncratic blend of garage rock, post punk and “proto-indie” for whatever that means. Their music escapes easy associations, however, they have reminded audiences of
bands such as Half Japanese, the Velvet Underground, The Ex, The Fall, Beat Happening, B52s and The Cramps.

GRRL HAUS CINEMA is an ongoing program of short films and video art made by women. A mix of local, national, and international artists present work from a variety of disciplines: narrative, documentary, experimental, and conceptual. With an emphasis on low budget and DIY, GRRL HAUS is a space for underrepresented voices in the arts today.