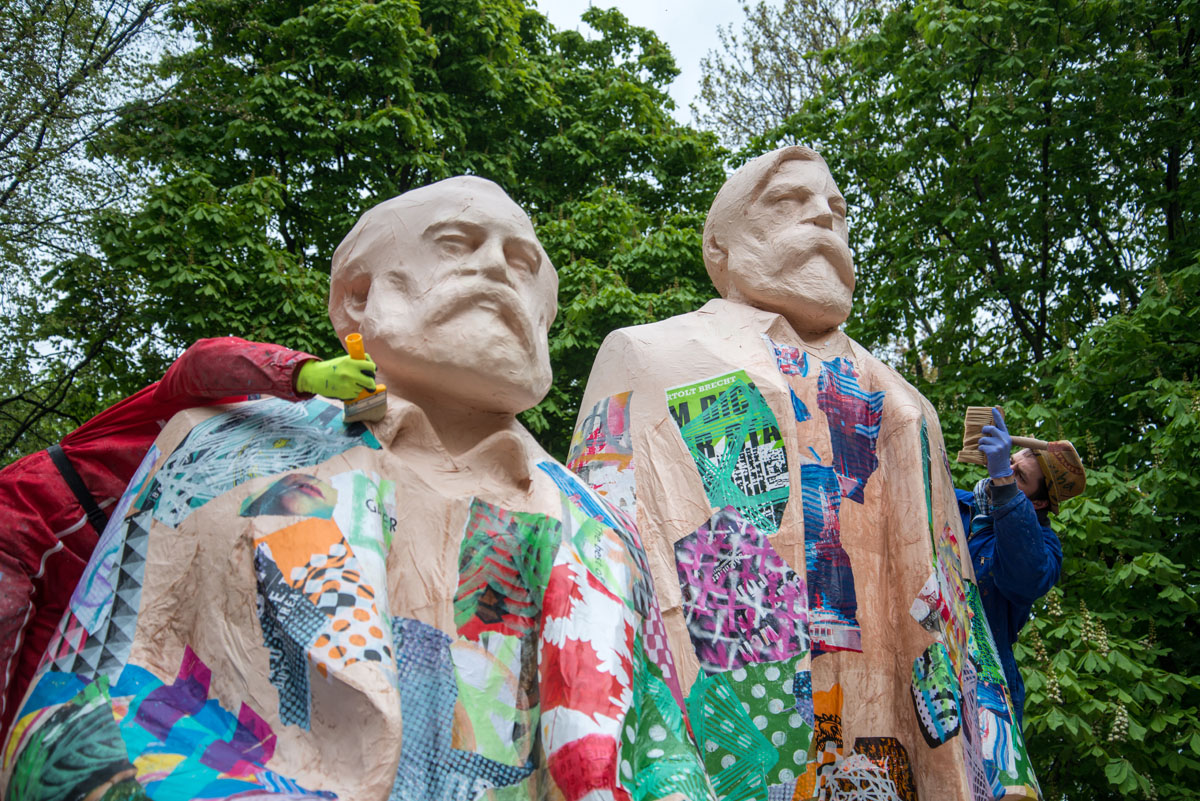 We would like to draw attention to "City Skins – Marx and Engels " - a project by Various & Gould as part of the international competition “Art in the Underground – The Middle in Nowhere” run by the art society “neue Gesellschaft für Bildende Kunst (nGbK)“.
In an urban intervention over the last weekend, the artist duo has created a papier-mâché cast of the Marx-Engels monument designed by Ludwig Engelhardt during GDR times (1986) and located in the vicinity of the town hall. The resulting paper cast is called "City Skins" and will be reassembled by Various & Gould within the next two weeks creating a proper sculpture. Please find the first shots attached (photo credits are included in the image captions, please state credits).

Following this, the "City Skin" will be literally transported from "Mitte" to the "Pampa" (from the centre to the periphery) and after a ceremonious inauguration on May 20th at 3:30 pm presented on the stele field for "Hellwichstorp" near Cottbusser Platz in Berlin-Hellersdorf until May 28th. We warmly invite you to join us for the inauguration including an introduction speech by Jan Kage (Schau Fenster) and a text contribution by Annika Hirsekorn (neurotitan) followed by the lecture "Marx-Engels-Denkmal - Ja!" by Erik Göngrich at 5 pm at the nearby Station urbaner Kulturen.

The Marx-Engels monument serves as a remnant of another epoch, which although is still visible after the political upheaval of the reunification and even a popular tourist attraction but whose future is uncertain in the wake of the ongoing construction works in this area. The painted and silkscreen printed paper mould shall temporarily provide the figures with a new visual appearance being used as a public communication platform gaining center stage again.