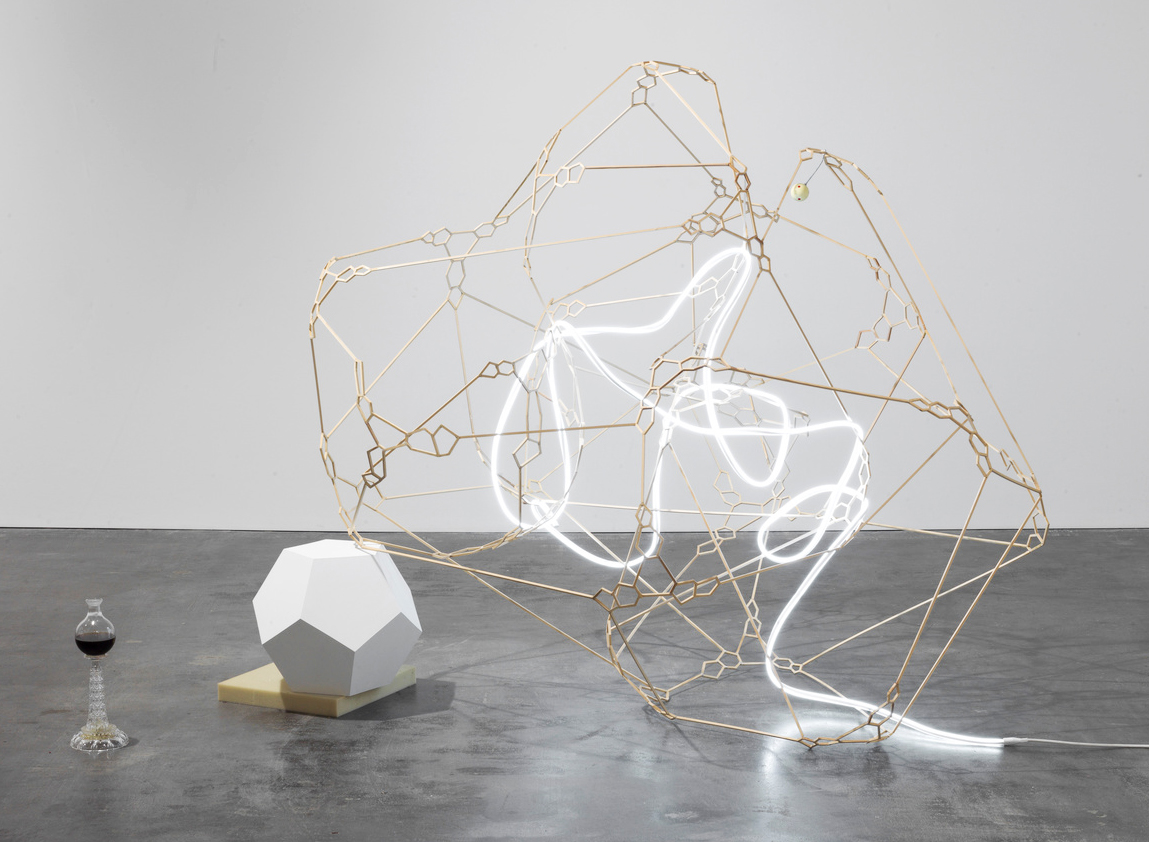 Since the late 1990s Björn Dahlem in his work explores the connection between an aesthetic universe and scientific images of the world. His installations, sculptures and objects are mostly made of simple materials that he transforms into precisely composed and clearly handmade forms. The structural complexity of Dahlem’s work is derived from the intricacy of the cosmological models and astrophysical theories from which he gleans his motifs. Dahlem uses subtle humor to link the scientific knowledge with the aesthetics of everyday life while questioning the suggestive power of science’s own fiction of the world.

In the run-up to the exhibition we have talked with Björn Dahlem and asked him what Club Strangeness (Hubble Ultra Deep Space) is all about.

GWB: Hello, Björn. After more than 15 years, there’s once again an exhibition of your work with »Club« in its title. Would this have something to do with a return to the hedonism of the millennium era?

BD: Hedonism is not the primary focus; nor was this really the case with my exhibitions at the beginning of the 2000s. It’s more about the aspect of direct, personal communication between art, audience and artist. About coexisting in an undefined situation of otherness and intimacy, of openness and hermeticism. Just like in a club.

GWB: Whereas the »strangeness« you also refer to in the exhibition’s title is very fitting to the specific atmosphere in Berlin at that time, I think.

BD: I think we’ve been living in a state of strangeness for a long time; not just in Berlin, but all over the world. We have access to an incredible amount of information, more research is being conducted than ever before, and we think of ourselves as incredibly fact-driven and rational. On the other hand, most people probably sense how little truth there is in this, how emotional and inexplicably strange we actually are. For me, a nice metaphor for this inner contradiction can be found in the quantum physical state of strangeness. This is a purely mathematical, totally abstract physical property, which was thus named simply for the sake of clarity. Contradiction is ubiquitous today; in politics, for instance, where the light of reason seems to battle against emotional darkness. But it’s not just fake news and conspiracy theories that complicate the world; facts are also making everything more and more diffuse. Quantum physics has known this since the 1920s, but it’s only now that this awareness is unmistakably trickling into society and creating uncertainty everywhere.

GWB: The subtitle of the exhibition alludes to an object that has often been part of your work: the Hubble Space Telescope, which has provided us with unprecedented images of our universe over the last 25 years, as well as fundamental insights into its makeup and structure. Not least among these are images of astronomical phenomena that are among the central, recurring themes and motifs of your artistic practice: star clouds, galaxies, black holes, dark matter, and so on. What significance does the Hubble telescope have for you and your work?

BD: The Hubble telescope has provided us with truly breathtaking images of the universe, of which one has particular significance to me: the Hubble Ultra Deep Field. At that time, this was the deepest mankind had ever looked into space; the most distant objects captured in the image are more than 13 billion light years away. Astronomers and astrophysicists currently estimate that the size of the universe is about 15 billion light years. This means that the Hubble Ultra Deep Field was the first look at the edge of the universe as well as a look 13 billion years into the past. I found the dimensions of deep space completely incredible and wondered why this image wasn’t on the front page of every newspaper. It can only be because the spatial and temporal dimensions are too enormous for people to comprehend and are therefore dismissed as somehow unreal. These are scientific facts that are simply too unbelievable.

GWB: That brings us to the defining element of the exhibition: an expansive, walk-in wooden construction that gives the impression of being a sculptural image of the universe.

BD: In recent years, mainframe computers have become so powerful that cosmologists can now generate detailed simulations of major structures in outer space. Using the positions of thousands of galaxies, they calculate the overarching material structure of the universe, the so-called »superstructures«. These follow the laws of geometry and arrange themselves in polygon patterns that generate a kind of meshed or foam-like three-dimensional structure. I use these fundamentally simple forms in my installation to create a private universe, a strange club.

GWB: And in this club one finds some symbolic objects, including a metronome. What’s the significance of this?

BD: In quantum physics, it is becoming more and more apparent that all matter is made up of information following the binary code: 0 and 1, tick and tock. This is the basic beat and ornament of the world, and can be found everywhere in infinite variation.

GWB: And the electric scooter?

BD: The scooter transports a large dodecahedron. This is one of the five Platonic solids, the ancient symbol of the element of the heavens, a sacred taboo that was not spoken of at that time. But the dodecahedron also represented unexplainable melancholy, and it is indeed somewhat melancholic that, in spite of having the latest space exploration technology, we can hardly move in the gigantic space that surrounds us. Even a trip to Mars, which might happen in 10-15 years, wouldn’t even be a step out the front door by our earthly scale. With a scooter you can at least make a quick trip to the bakery.

GWB: The installation refers to the particular materials you prefer in your sculptural work: hardware store utensils, sources of light and objets trouvés – all things you have been continually dealing with since your time at the Düsseldorf Arts Academy in the mid to late ‘90s. How do these everyday, sometimes banal materials tie into the often highly scientific themes of your work?

BD: These simple materials create a sense of closeness because they seem to be unquestionably real to us. At the same time, they create a counter-aesthetic to the conventional idea of optimization, the belief that all the imperfections of this world can be eliminated, even in art. My works are imperfect and flawed, but made so with precision.

GWB: Amongst the smaller sculptures are three vitrines, also polygonally constructed, that are particularly striking. Seen from afar they can be perceived as sculptural objects, but on closer inspection one realizes they are also settings for miniature room installations; and in this respect, if I am seeing it correctly, they are bound to the idea of the picture-in-picture. Now, various kinds of vitrines have been a frequent part of your work, over a long period of time. Nonetheless, I have the impression that we are dealing here with a thoroughly new type of work.

BD: The picture-in-picture is an established artistic strategy to remind the viewer this is “only” an image they’re looking at, not an assertion of truth. This is exactly in line with the idea of the scientific model, which is not about eternally valid truths, nor about the reality of the world, but merely about a reflection; a mirror image that can be changed and readjusted again and again. I believe that this thought is even more present in the new vitrines because their external form is more closely aligned to the large installations, and also because they internally codify themselves in a more complex way in terms of perspective. This lends a formally new aspect to the work, but also brings back something that existed in my early works. Something I would call “romantic irony.”

GWB: What exactly do you mean by that?

BD: A certain lightness and humor that reconciles the many contradictions of life in the parallel world of art.

GWB: Well then: Thank you, Björn. And welcome to the club! 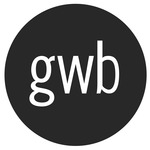