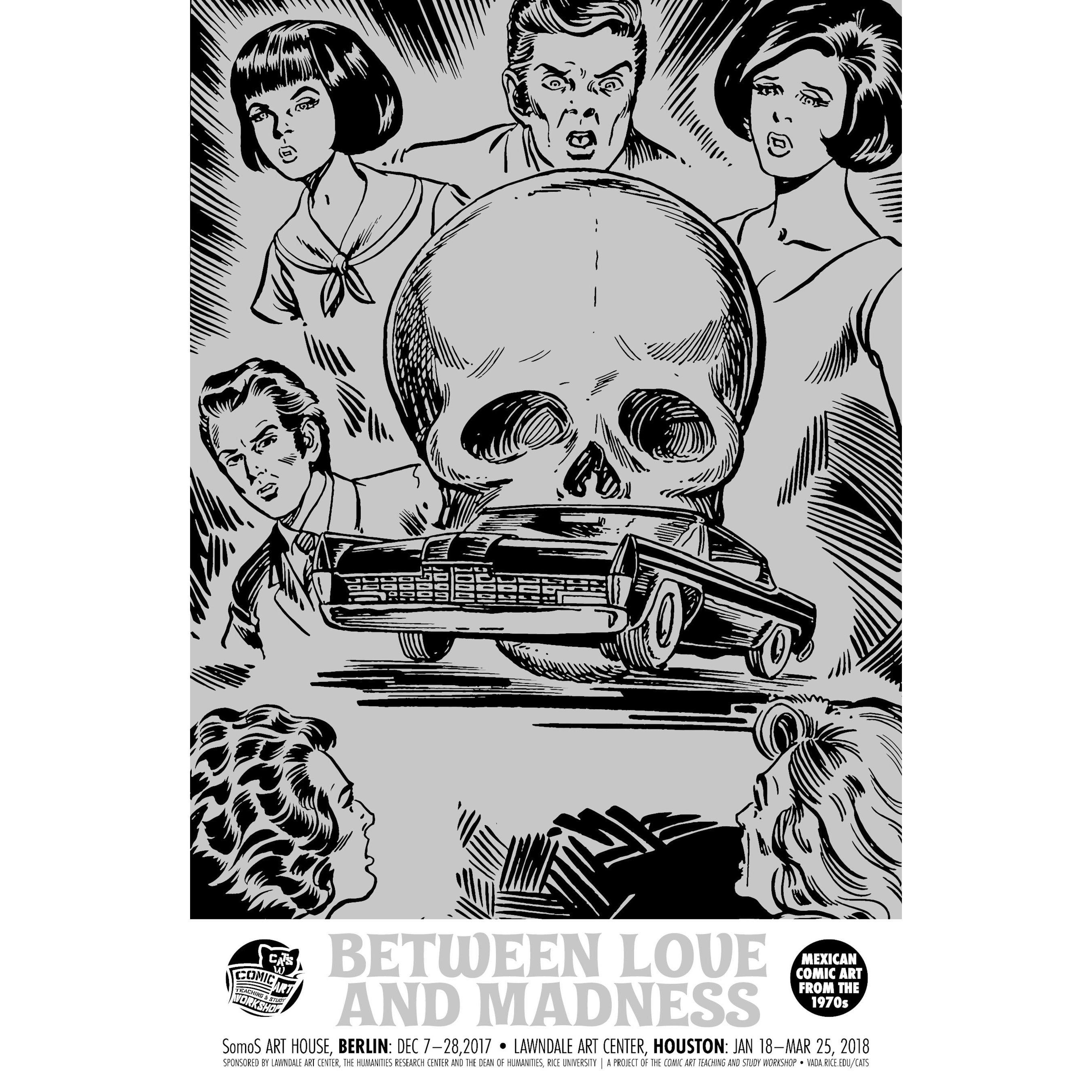 Between Love and Madness: The Art of Mexican 'Micro' Comics

Presenting a selection of works from a collection of more than 1,400 ink on paper comic drawings, these works were originally published in comic books from the late 1960s and early 1970s. This will be the first time these original drawings have been publicly presented in the nearly fifty years since their creation.

Micro-cuentos
The exhibition “BETWEEN LOVE AND MADNESS: THE ART OF MEXICAN “MICRO” COMICS” introduces the art of the micro-cuentos of Mexico. Although popular in Mexico, these small comics, also known as Historietas, are little-known internationally.

Prior to the homogenization of global mass media, popular culture took a larger variety of forms internationally. Through the mid-70s, comic books in Mexico were particularly idiosyncratic. Micro-cuentos, or “mini-tales,” were printed comic books that measured just three by four and a half inches, and presented genre stories, such as suspense or horror. These stories also sometimes contained subtle social and political critiques. By the 1980s, the increasingly global reach of American imports, such as Batman and his ilk, all but wiped out the indigenous comic publishers and formats.

Although market research for Mexican comics did not exist in 1975, it has been estimated that upwards of 56 million comics were printed each month during this period. This number is staggering considering that the population of Mexico around this time was approximately 65 million people. 90% of the population of Mexico was reading comics, with those not able to purchase copies, either renting or borrowing these books.

Additional works displayed will include original painted cover art, vintage comic
books, photographs, didactic and biographic materials on their creators and English translations of some of the materials. The exhibition will also feature a timeline of
the production of popular printed materials, as well as examples of contemporaneous comics from various countries including the US, the UK, Eastern Germany, and China.

Between Love and Madness is organized by Associate Professor Christopher Sperandio, in participation with the students of Practical Curation (Kari Leigh Brinkley, Grace Earick, Julia Fisher, Zach Gwin, Kai Holnes, Clair Hopper, Priyanka Jain, Ilya Rakhlin, Zachary Tu, Heather Wright), an undergraduate class in exhibition design in the Department of Visual and Dramatic Arts at Rice University. Funding for this exhibition has been provided by the Humanities Research Center at Rice University, The Office of the Dean of Humanities at Rice University, and Lawndale Art Center.

Organizing an Artist-in-Residency program and an ambitious exhibition and event schedule, SomoS closely works with artists, organizers and curators to realize their projects. SomoS’ mission is to create an international open framework for innovative arts and creative cooperation.

ABOUT CHRISTOPHER SPERANDIO
Since 1990, Christopher Sperandio has implemented new collaborative, community- comic books for museums and art centers in the US, UK and Europe. In 2015, Sperandio established the Comic Art Teaching & Study Workshop, a hybrid teaching/ research space dedicated to original art and comics. Sperandio is an Associate Professor at Rice University, in Houston, Texas. 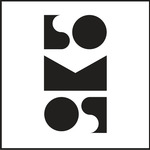