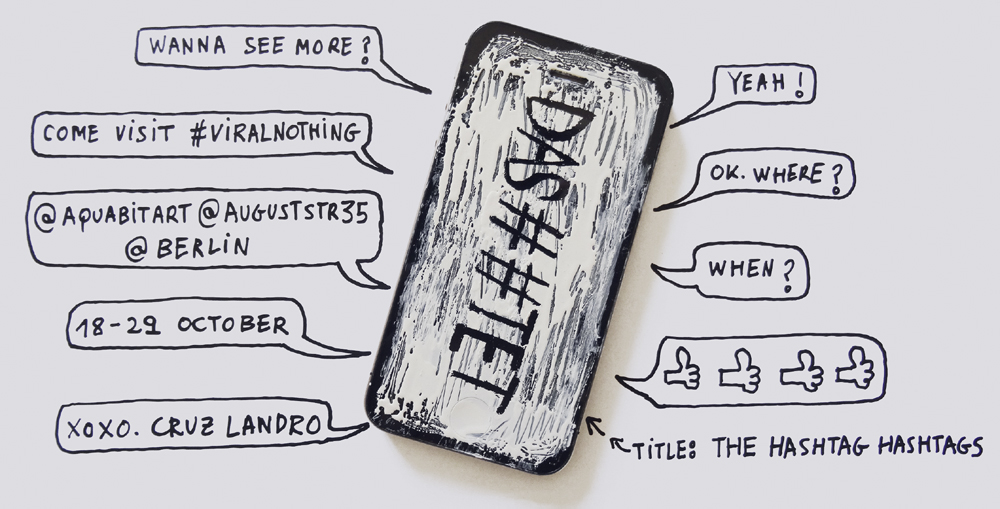 #VIRALNOTHING >>> a dystopian approach to the hashtag

VIRALNOTHING >>> a dystopian approach to the hashtag

The # has become one of the most representative symbols of the 21st century. The # symbolizes the paradigm shift that the emergence of social networks and media represents for human communication and social interaction in general. At this stage, the # is a power itself, or at least it fits very well Foucault’s conception of power “as something which circulates, or rather as something which only functions in the form of a chain. It is never localized here or there, never in anybody’s hands“.

What is the true nature of this superpower we call hashtag?

That is the question that the Barcelona-based artist Cruz Landro was asking himself earlier this year. Paraphrasing Martin Heidegger, Cruz Landros’ first attempt to answer that question led him to a simple conclusion: “Das # #tet”, or said in a less cryptic manner, “The hashtag hashtags”. On a second thought, though, he decided he would rather give a more elaborate answer in the form of an art project. Cruz Landro and aquabitArt are now pleased to present that art project, with the title “#VIRALNOTHING >>> a dystopian approach to the hashtag”.

The show includes drawing, painting, photography, sculpture, video, music and text, reflecting an “hyperpespective” approach, that puts medium, form and style on the same level, all being treated equally as mere dimensions of the art work. Rather than being a postmodernist pose, this approach to art has grown naturally out of Cruz Landro’s education and own life experience as a mathematician, musician, writer and IT professional, before becoming a visual artist.

Curated by Irina Ilieva, the show is the first solo exhibition of Cruz Landro in Berlin, a city in which he has lived long periods and sporadically since his first visit in 1996. He now lives between Barcelona and Berlin, focused in his artistic production, an activity he started consistently 15 years ago. 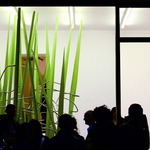