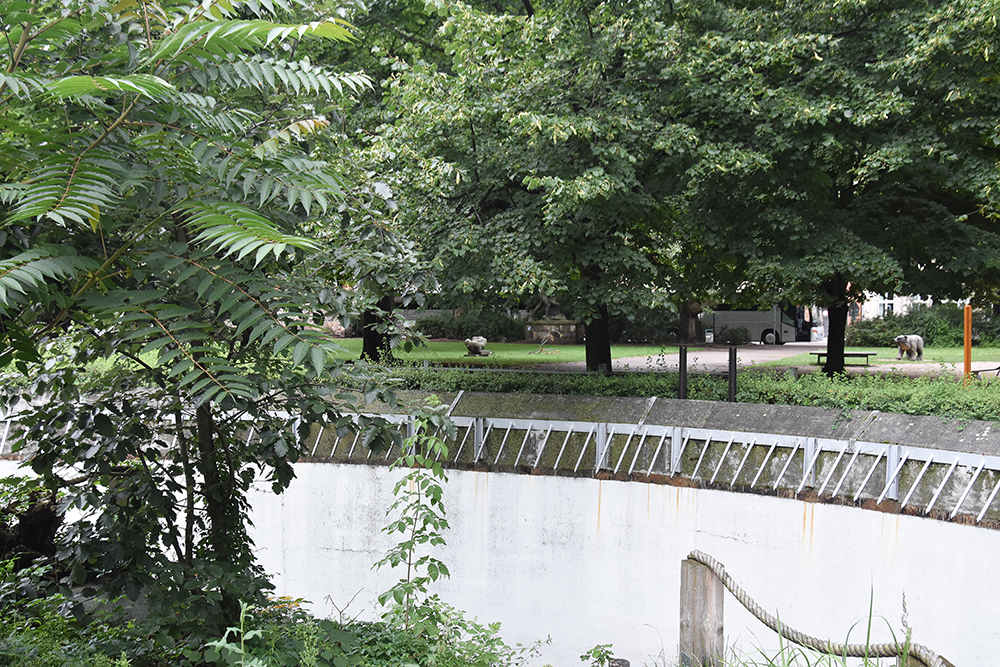 With a double exhibition from Reto Pulfer and Sarah Ancelle Schönfeld, the Bärenzwinger (bear pit) opens as a new exhibition venue in Berlin-Mitte. Both artists have been searching for traces and pursuing the question: What is visible, smellable, audible, imaginable and palpable since the last bear died almost two years ago.

The exhibition title points to the most fleeting of the still existing traces. For "Ursus Olfaciens", this means the scent of the bears left behind and the belonging sense of presence after their death. At the same time it alludes to the distinct olfactory senses of the animals.

Sarah Ancelle Schönfeld, known for her work with alchemical processes, transforms the site into an improvised sauna by means of a heated oven made from found stones which open wide the pores of the old brickwork whose iron grating and steel doors bring to mind a small, cramped fortress. Within the pit, paralysis and numbness can dissolve, be set in motion, transform and detoxify.

Reto Pulfer's textile space installation engulfs the central area of the bear pit with an intimate green-blue light through which the view leads into the bear cage's interior and guard rooms. The fabric shows a map of Bern, the birthplace of the artist and origin of the first pair of bears – Urs and Vreni. In the adjoining room, the rhizomatic structure of an immersive painting combines fragments of Pulfer's earlier works with findings from the vicinity of the pit.

The resonance of a gong sounds farewell and new beginnings. For the exhibition opening's "Eisklares Echo" concert (Pulfer / von Matt), the music and clamor of the iron grating conveys the traces of the bears. The music performances by EE are attempts in transformation and rely on the intimacy of improvised timing. With synthesizer, electric guitar, kalimba, electronics, words and effects the duo creates extended, powerful soundscapes embedded in minimal visual magic. They formed in 2012 and played at galleries and clubs like Dingum, Berlin, Haus der Kulturen der Welt, Berlin; Swiss Institute, New York; Kosmos Theater, Vienna; Acud, Berlin.
https://soundcloud.com/eisklaresecho

The project is friendly supported by the Senate Department for Culture and Europe, by the Spartenübergreifenden Förderung and by municipal funds.