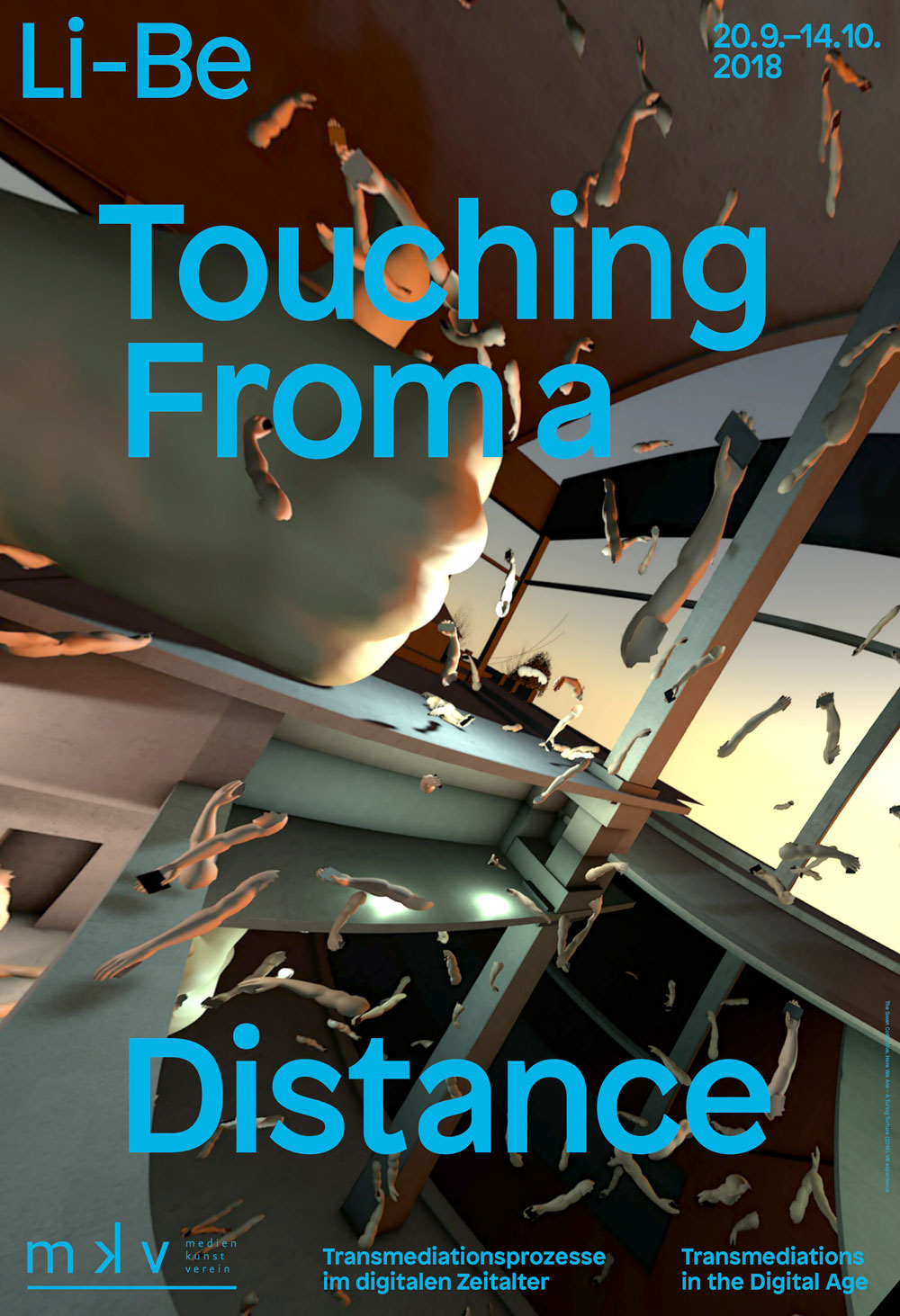 TOUCHING FROM A DISTANCE. Transmediations in the Digital Age

The media art exhibition "TOUCHING FROM A DISTANCE. Transmediations in the Digital Age" builds a bridge between literature and media art, thereby creating an area of tension between these different forms of artistic expressions. The exhibition title is taken from the song »Transmission« by the English post-punk band Joy Division, released in 1979, which deals with radio transmission of music and its reception by the receiver. Just like music, digital information is not physically tangible, but nevertheless reaches and touches us, even though it is transmitted from an immaterial distance. The works by international artists on display in the exhibition create sensual and spatial extensions of literary forms and genres, which deal with different kinds of medial, formal, or poetic transmediation.

​The exhibition is a collaboration with Literaturhaus Berlin and part of the official program of Berlin Art Week 2018.

Find the full accompanying program on out website: https://www.medienkunstverein.com/touching-from-a-distance