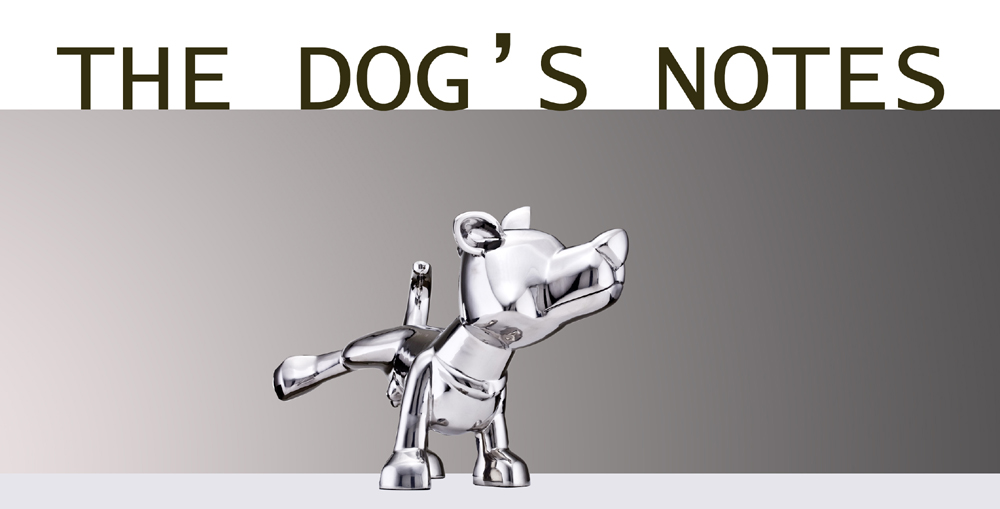 AquabitArt gallery is pleased to present the exhibition of personified dog sculptures "The Dog's Notes" by Taiwanese artist Poren Huang, in cooperation with Powen Gallery, Taiwan.

The internationally renowned Taiwanese artist will exhibit his collection for the first time in Berlin, after being on a tour in New York for almost three months. Exhibitions in other European Countries are also in planning.

In 2005, Poren Huang launched "The Dog's Notes" metal sculpture series. It has had about 40 pieces of work up to now, created in bronze, gold leaf and stainless steel. He uses the dog as a creative starting point and each piece of work is suggestive of the human. By linking dogs to humans, Poren Huang invites the viewers to reflect and think of themselves.

A few pieces are very man-like which directly convey his attempt of using dogs to signify humans. But, because people’s lives in modern times are often gloomy and depressed, Poren Huang uses a humorous style to make the sculptures amuse viewers on a first side. Viewers, as a result, actively and repeatedly interact with the works. Through this continuous process, the exhibition visitors are enlightened to comprehensive life philosophies, they are conveyed to positive traits such as courage, loyalty, innocence or self-confidence.

"It is an honor to bring the works of this acclaimed and talented artist to Berlin" Irina Ilieva, founder and gallerist of aquabitArt states. "Poren Huang's significant collection magnifies the strength of Berlin's art community by giving voice to other contemporary sculptors working abroad" she adds.

About Poren Huang: The Taiwanese sculptor Poren Huang was born in Taichung County, located in central Taiwan. His metal creations are incorporated into Taiwan's high school art textbooks and "The Dog's Notes" series is his representative work. This series has been exhibited in several cities such as New York, Shanghai and Taipei.