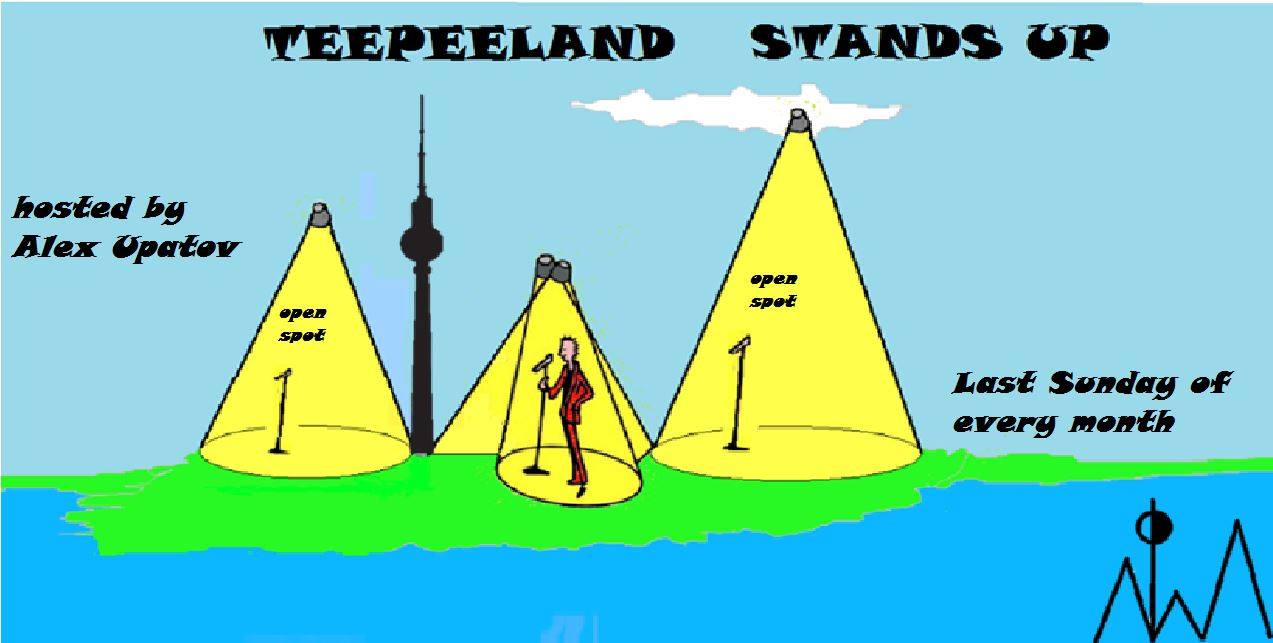 We’re coming back at the end of August!
Come and spend your Sunday evening in the most alternative venue ever while watching the funniest comedians in the Berlin English comedy scene bring you their best material!

Show is donations based.
Beers and snacks for 1 euro!
Doors open at 7pm, Show starts at 8pm

///ABOUT THE SHOW///
A new lineup of international and local comedians performing each their best comedy set in English.
We also offer two, 5min, open spots at each show (see details below)

///ABOUT TEEPEELAND///
Teepeeland is an alternative project of a community who chose an 'off the cuff'' style of living.
You can know more about the project here:
https://teepeeland.wordpress.com/ueber-uns/
http://vimeo.com/127735757/

///HOW TO GET THERE///
Get off Ostbahnhof, cross the bridge on 'An der Schillingsbrücke'' (right next to the hostel IBIS), keep walking till you see the sign of the show on the bridge, then turn right down the stairs and follow the lighted path of candles for 200 meters till you get to the Boathouse.

///LINEUP///
And this month we bring you:
Host:
Alex Upatov

///PRODUCTION///
In cooperation with Comedy In English Berlin:
www.comedyinenglish.de