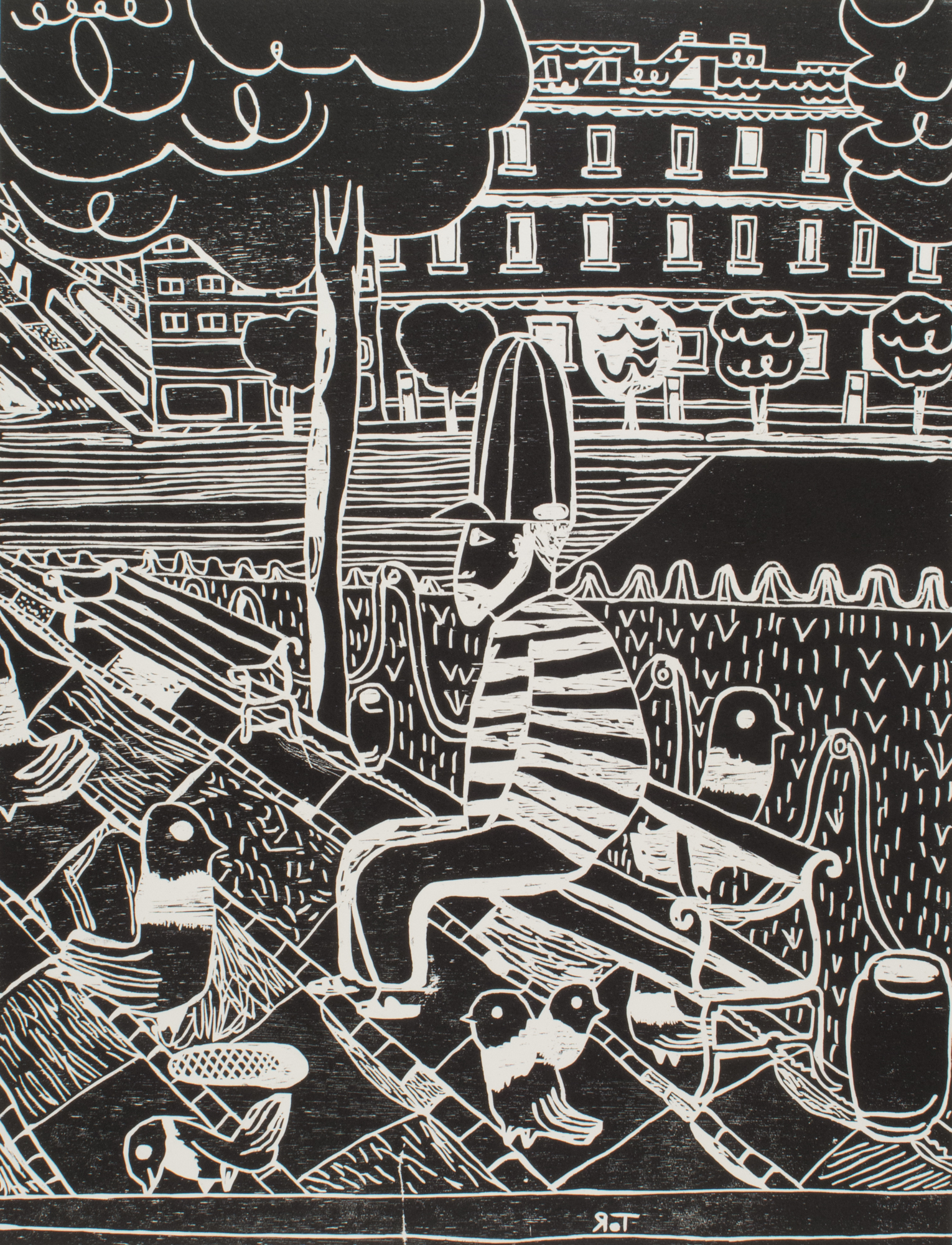 Niels Borch Jensen Editions are excited to present the latest results of our two-decade-long collaboration with Tal R in our Berlin gallery. Opening Friday, October 30th 2015, his solo exhibition A Happy Madness of Colors will gather the artist’s most recent woodcuts and etchings, many of which have never been shown in Berlin before.

Tal R, one of Denmark’s most renowned contemporary artists, is known for his ever-expanding universe of images, many of which he finds in everyday life, pop culture, or on his various journeys around the globe. The process of recycling or sampling material from his own, vast archive has long been characteristic for his artistic efforts.

While being deeply familiar with the art of printmaking, Tal R keeps an investigative mindset when working in print, exploring innovative approaches and challenging the medium as well as himself. One of his preferred techniques, the reduction cut, allows him to create a many-coloured image from only one plate by carving out the motive layer by layer. The Reduction cut allows for Tal R’s typical vitality and playfulness, resulting in what Erik Steffensen in his 2008 essay on Tal R’s graphic work called „a happy madness of colors“.