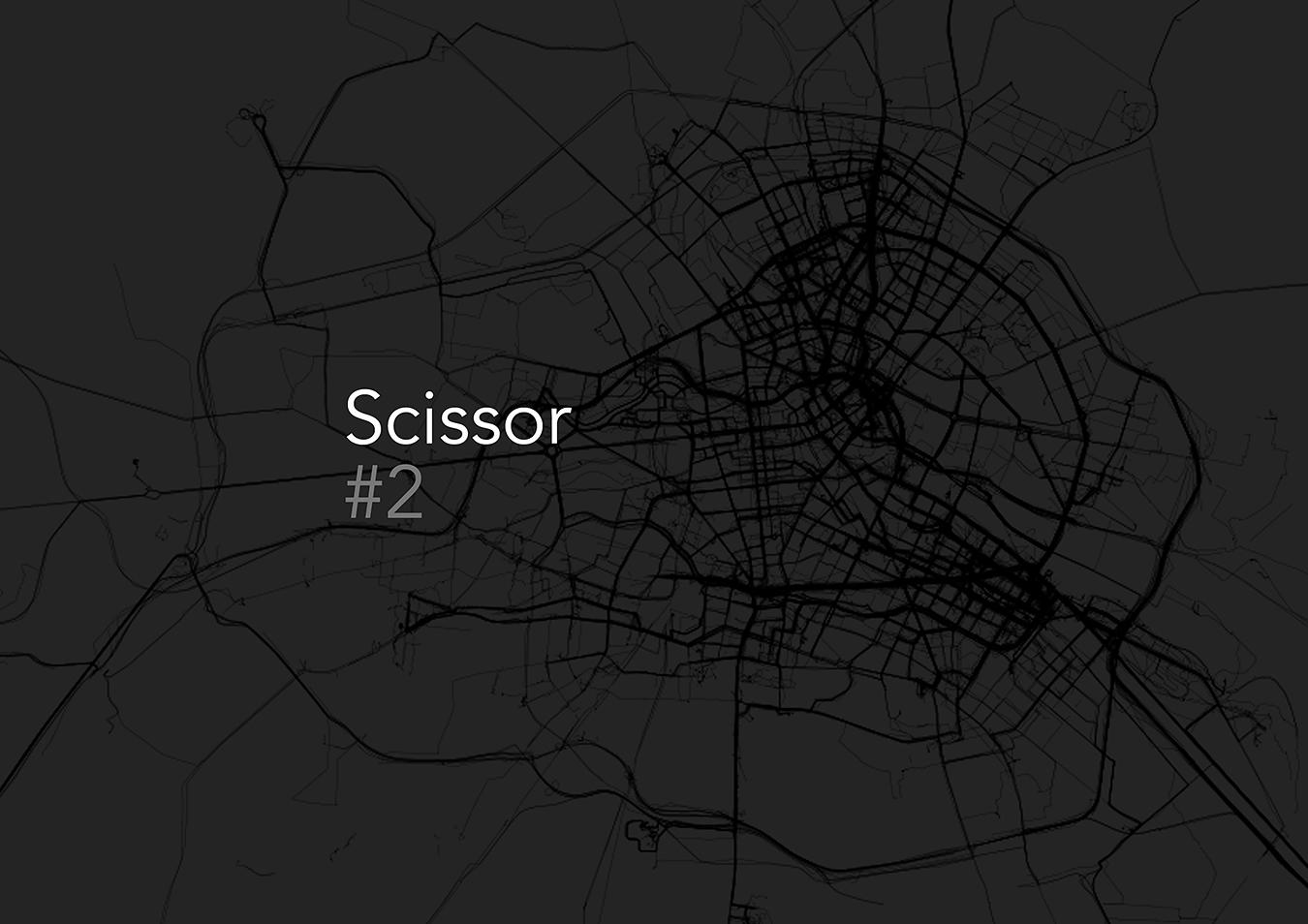 Scissor #2: An evening of durational and time-based art

Scissor is an event series dedicated to presenting contemporary durational and time-based art, across all media, organised by Kata Kovács and Tom O’Doherty.

Scissor #2 will take place at Nachbarschaftsgalerie, Alt-Treptow, on June 4th, and will show the work of:

Belasco & New (plan b):
Sophia New and Daniel Belasco Rogers are British artists based in Berlin, working together under the name plan b since 2002. In 2003, Daniel began recording every journey he makes outside with a GPS, in 2007 Sophia joined him in this practice.

This collection practice has produced many different works, ranging from performance, through visual art to new media. The couple increasingly ask themselves what it is to have such a long-standing and complete record of everywhere they have been and increasingly place their practice of being in charge of their own data in opposition to the data hoarding that is done on our behalf by others - sousveillance as a response to surveillance.

The work that has been extracted from this ongoing data record is an animation playing all the artists' traces for the last five years, starting in January 2009 and continuing until December 2013. The open source animation software was created for plan b by Peter Vasil and is available on github.

Jenny Keuter:
Jenny Keuter is a visual artist based in Berlin. For the exhibition Scissor at Nachbarschaftsgalerie, she will create an installation in situ. For the first time, she is going to make her actual work during the time of the event. The visitor will be able to observe her technique of spontaneously attaching lines of thin thread onto the gallery walls, to create a colourful shape with different density. After a few hours the final piece will be presented to the audience, and later in the evening it will be again deinstalled. The duration of the process will be documented with a video camera and additional photographs.

Through her work Jenny Keuter defines her interpretation of spatiality. She explores the structures and feel of lines, as well as the effect of perspective, proportion and colour application. Her work mostly focuses on drawings and silk screen prints, and often results in installations, where the drawings can be experienced in physical space.

Kovács/O’Doherty:
Kovács/O’Doherty are a Berlin-based artist duo. Since 2011, they have collaborated on minimalist audio and movement artworks, predominantly the Silences series of performative installation works.

For this event, they will be presenting a set of screenprints, documenting performances of their work since 2011 in the form of audio waveforms. These traces of past events bring together in one place the work that Kovács/O’Doherty have undertaken since 2011, and allow for an overview of one possible way of seeing their body of work.