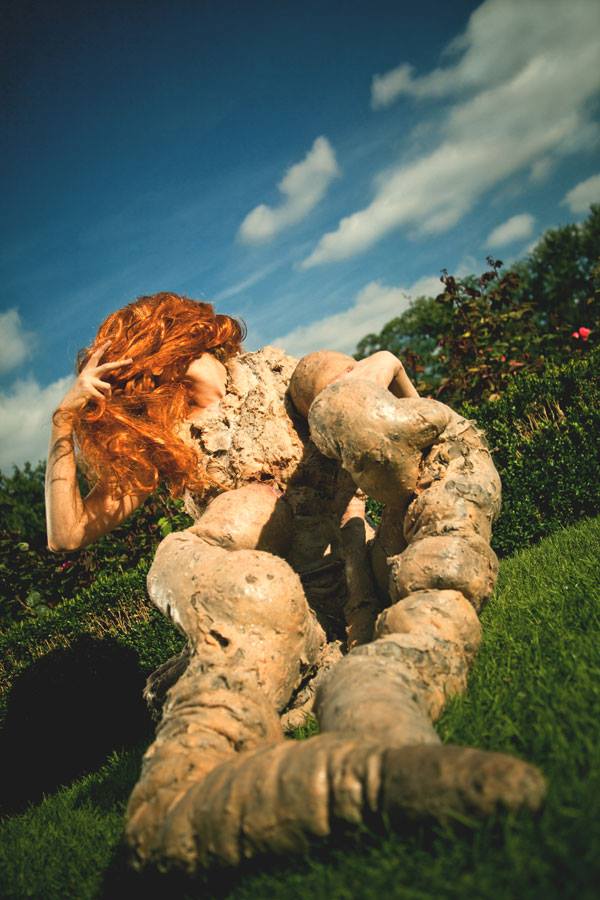 "MONSTERS" an exploration of Horror

On the 14th of February "Sprechsaal Gallery" at Marienstrasse 26, Berlin - Mitte is exploring the beauty and mystery of the monstrous.
The formed, the deformed and the formless will be exhibited with much pomp and circumstance by artists Moran Sanderovich, Amit Elan, Emma Von Skov and Andreas Topfer, and will be accompanied by lectures, films and interviews and performances until 12th of April.

Emma Von Skov (Copenhagen) will show us the horror of Rape and girlhood;
Amit Elan (Tel-Aviv) will explore the mysteries of ritual and sacrifice, while Moran Sanderovich (Tel-Aviv) will dissect the female form- body and soul.
Horror has been kept as a niche genre, always at the outskirts of respectable art/literature/cinema. It is from this hideout that its power springs at us like a wolf.
The "Horrific Art" is art without contraceptives.
These issues would be addressed during the two month run of the exhibition with a range of lectures about things best spoken of in the dark:
"Found footage" horror films will be discussed in a lecture by cinema scholar Toby Ashraf.
Theologian Wolfe Kloble will give us a short lesson on exorcisms
Forensic pathologist Dr. Alessandra Colaiani, will share with us the way in which people of her profession to deal with the horror of the dead.
Dr. Arman Avanessian will talk about his new book "Abyssus Intellectualis" (Merve Verlag Berlin, 2013) on the subject of Speculative Horror and H.P. Lovecraft.
Comic book creator Amir Naaman will gossip with us on Occult connections to pop-culture.

This February, Mitte's Sprechsaal Gallery- that specializes in politically charged exhibitions, is allowing an Anarchistic demon to take control of its walls and its audience.
We can all come and exorcise our own demons.