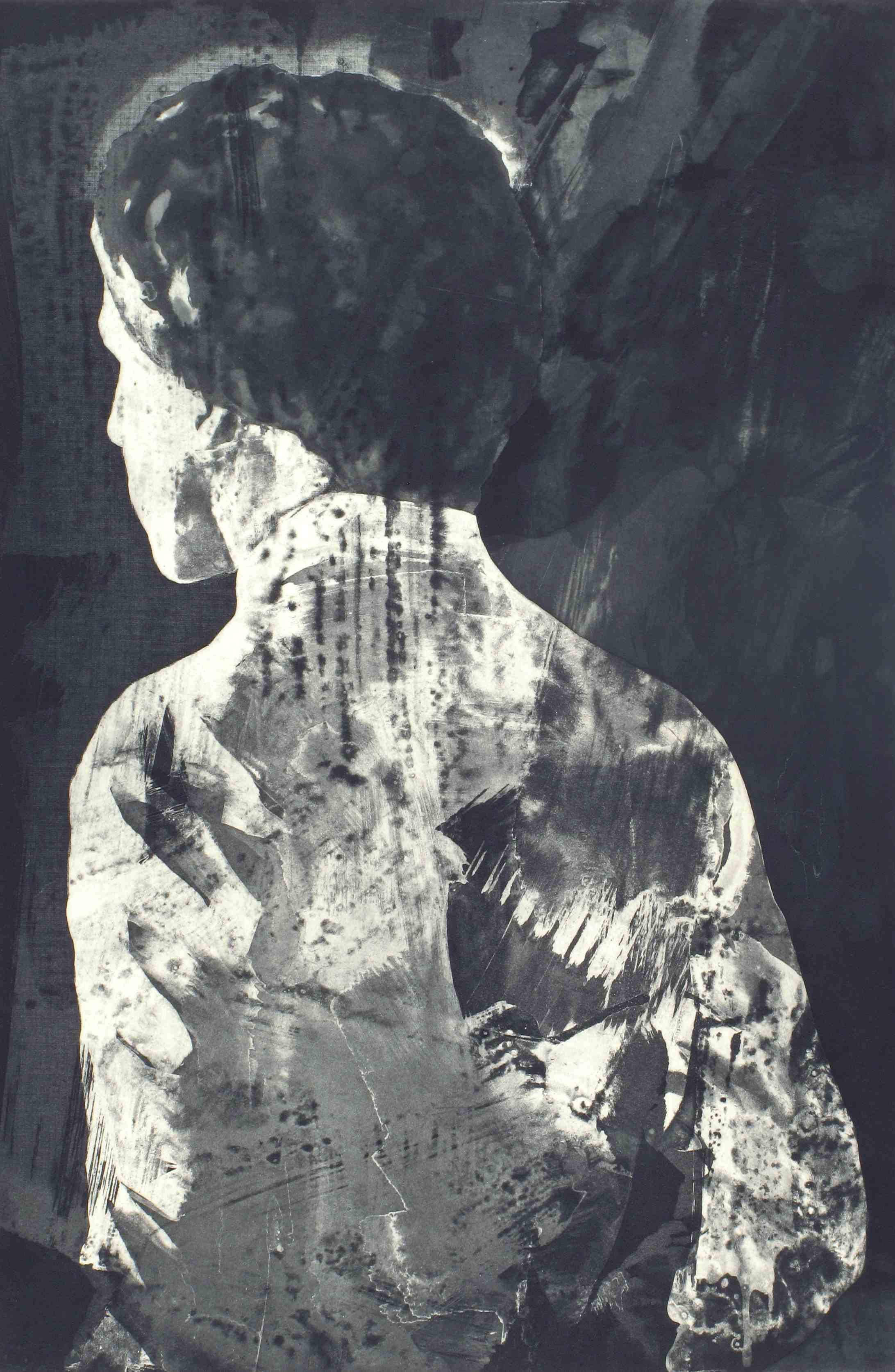 Matt Saunders: "A Year with 17 Moons"

Matt Saunders’ collaboration with Niels Borch Jensen Editions began only 17 moons ago; in this relatively short amount of time, he has produced an extensive body of etchings and photogravures which will be presented in his first solo exhibition at Niels Borch Jensen Gallery Berlin.
The imagery of Saunders’ first print project with NBJ, Brigitte in the Reeds from 2014, is based on Robert Siodmak’s film Menschen am Sonntag (1930), which follows a group of young people on a day out to a Berlin lake. His prints focus on a brief moment when Brigitte, one of the movie’s characters, adjusts her bathing suit away from the others in the reeds; an intrusive and intimate moment, with the camera hovering close behind her back.
Saunders decided for this project to incorporate several techniques in a lengthy process that, as with his previous work, explores the potentials of materials. Eschewing the use of any photographic means, like a camera or photo-sensitized plate, he deployed the wide potential of copper plate intaglio print to depict the girl, reverting to old techniques experimentally combined to draw the image out. The prints therefore developed in a push-pull between these various means. In some plates, the image emerges as a traditional chiaroscuro drawing; in others it is more of a framework on which different passages of mark-making are deployed; and in one the figure is perhaps barely discernable, still composed of abstract passages coming together. As a set, the prints aim to animate this moment in a narrative in various ways, not just as a linear sequence of stills, but as something suspended in the process of becoming.
For his following projects, Saunders continued his reflections on the medium of film: He dedicated a new series of portraits to Annie, another character from Menschen am Sonntag, and created a series of landscape etchings based on movie settings, among them the classic Berlin film Kuhle Wampe. Further portraits depict Al Pacino and Kitty Winn, Rose Hobart and Rainer Werner Fassbinder, whose film In einem Jahr mit 13 Monden, also provides the reference for the exhibition’s title.
Matt Saunders’ print projects resonate with his explorations between painting, photography, and film. In his work, he stretches the possibilities of traditional print making by bringing together multiple materials, such as oil paint, linen, various types of ink and mylar. This interrogation of mediums as well as the experimentation with qualities of materials are the basis for the complex prints featured in the exhibition.

Matt Saunders, born 1975 in Tacoma, Washington (USA) lives and works in Cambridge, MA (USA) and Berlin. He studied at Harvard and Yale. In 2009 he received a Louis Comfort Tiffany Foundation Award, and in 2013 the Prix Jean-Francois-Prat. His work has been exhibited across the globe, at such notable institutions as the Museum of Modern Art (2014), the Whitney Museum of American Art (2013), Tate Liverpool (2012), the San Francisco Museum of Modern Art (2011), the 2011 Sharjah Biennial, The Renaissance Society, Chicago (2010) and the Deutsche Guggenheim, Berlin (2008). Matt Saunders has been working with Niels Borch Jensen Editions since 2014.