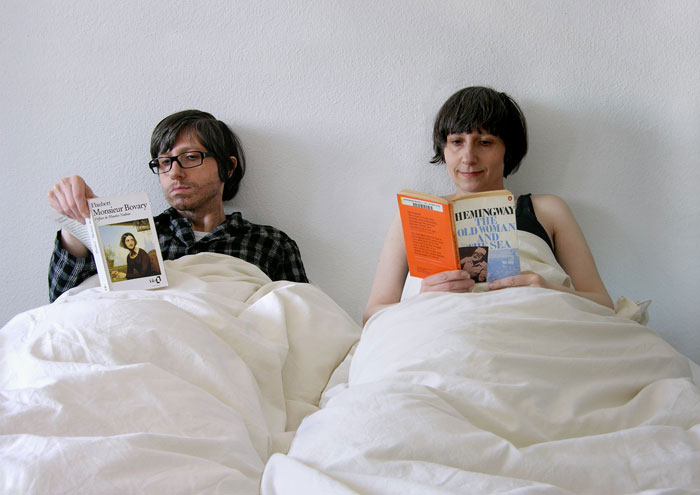 The Gallery Jordan/Seydoux is very pleased to present the autumn exhibition
« Macrocosmi » with works on paper by Daniela Comani, Florent Dégé, Patrick
Gabler, Imi Knoebel and Corinne Laroche.
In the course of the exhibition project « MACROCOSMI - Ordnungen anderer Art
– Ein Dialog zwischen Berlin und Bologna » Jordan/Seydoux welcomes Galleria
Studio G7 and the Berlin based italian artist Daniela Comani. Selected works of
the series "My Film History - Daniela Comani's Top 100 Films",
"Neuerscheinungen hrsg. von Daniela Comani" und "Eine glückliche Ehe" are
shown in the gallery’s office. Comani broachs the issue of the traditionel role
model of man and woman with a witty and critical eye. Her works provoke subtle
irritation in the spectator and pressure him to reconsider our social
representations.
The portfolio « Schwules Bild » by Imi Knoebel from 2014, which consits of eight prints, is shown for the very first
time in the showroom of the gallery. It is based on a series of eight large-format works of the same name wich the
artist produced in 1976. Regarded as the first step into the fragmentation of form and coulour, a quality which
would make the artist's later work so pioneering, « Schwules Bild » marks a key moment in Knoebels oeuvre.
Furthermore two large-scale drawings by Patrick Gabler and Corinne Laroche will be presented. Gabler’s ink
drawing belongs to the series « Circle and cosmos » which he worked on since over ten years. On the paper rise
delicate forms of circles, densifying and disolving themseves at the same time, reminding of small swirls or
acanthus leaves. Laroche deals intensively with material and media and makes it to the subject of her work. The
process of placing lines, hatching and dots on series of sheets is central. The concentrated placed hatching of the
expressive « Fouille » drawing seems to become independent and occupies the whole paper so that it starts to
vibrate.
The gallery is also very pleased to present a wallpaper from the young artist Florent Dégé. In addition to this work
several stencil-drawings will be shown. They are studies for the wallpaper and autonomous artworks at the same
time. Dégé works since 2015 on the stencil-drawings. He took his inspiration from the german Spritzdekormuster
patterns of the 30s and from the Fante Asafo Flags of Ghana.
The members of the Galleries Association of Berlin (lvbg) organises within the scope of the Berlin Art weekend
and its 20th anniversary the collective exhibition « Katzengold », curated by Constanze Kleiner. The gallery
Jordan/Seydoux participates in the show. Opening reception on Thursday, September 17, 6 pm, ARENA BERLIN,
Eichenstraße 4, 12435 Berlin. Venue: Positions Art Fair, ARENA BERLIN, Eichenstraße 4, 12435 Berlin
« MACROCOSMI - A Berlin-Bologna dialog » - Programme and exhibitions venues: www.macrocosmi.org 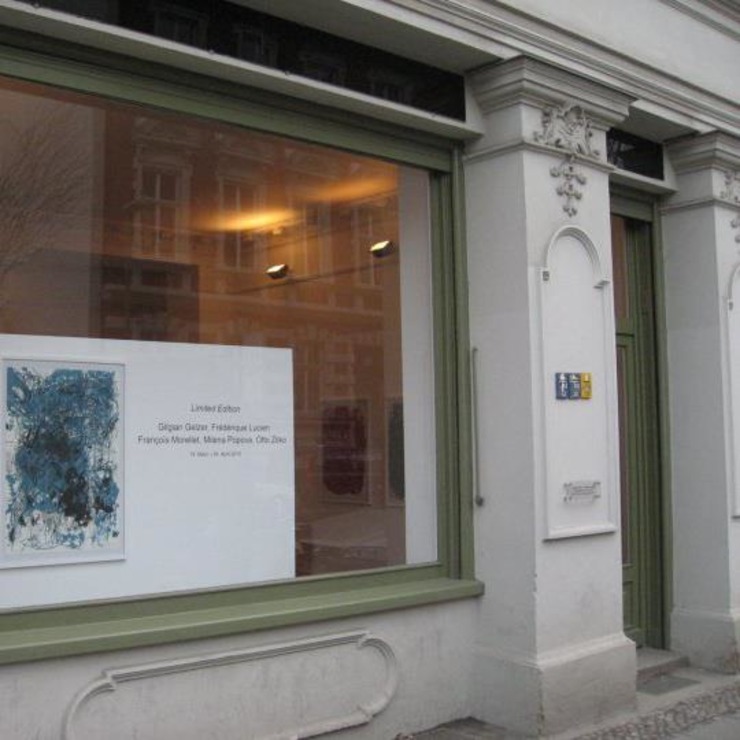