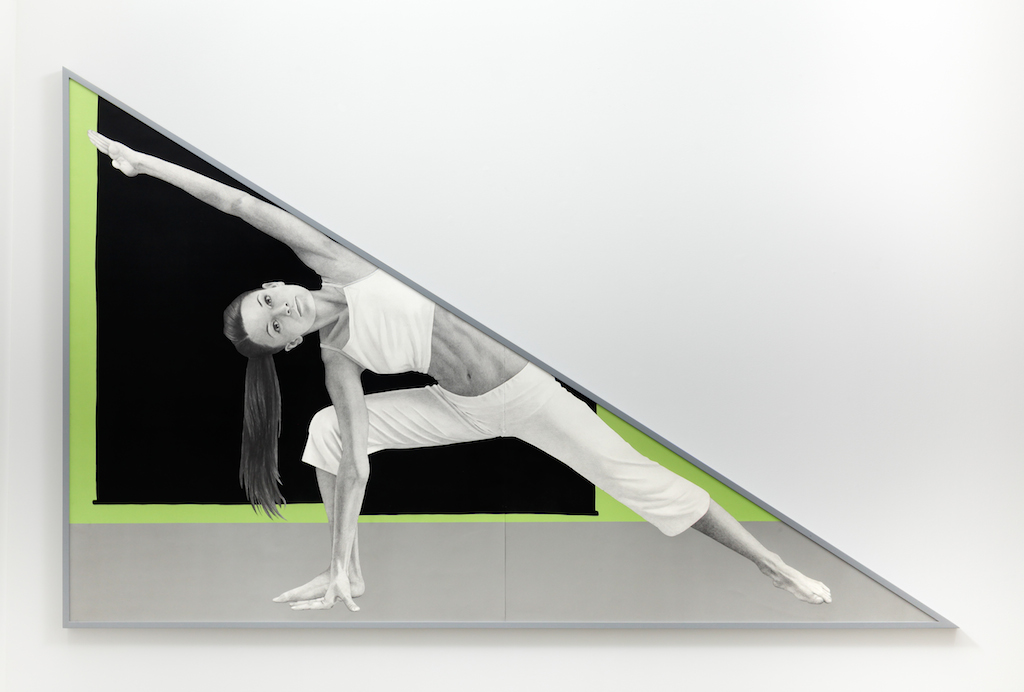 A man swallows his father’s glass eye. He fails to tell his doctor this when he goes into his office to have it removed. As the doctor approaches the man’s behind with a proctoscope, he is taken aback with what he sees: an eyeball staring back at him from inside the man’s clenched rectum. For a second the disoriented doctor feels as though he is inside the anus looking out at a man staring back at him. Once the doctor regains his composure, he expertly removes the glass eye, unblocking a stream of shit that flows as smooth as poetry.

Here we enter Unwinding Unboxing, Unbending Uncocking, a solo exhibition by Los Angeles artist Karl Haendel. “Un” is the common thread, connecting the boxes, the bends, the cocks and the wind. These two letters, which are the same shape bent in opposite directions, form the beating heart of the exhibition where contradictory ideas pulse simultaneously. The work is built upon fundamental questions surrounding the human body and the development of our identities; is nature tempered by nurture or vice versa? Does free will play any role at all in the filter between an interior sense of self and exterior consumption? Do cultural, commercial and social constructs close down on us or do we nestle comfortably into them? The notion of a mind-body-soul connection takes on a new meaning: is the yoga ideology, with its specific poses and assertion of a select lifestyle, rigid or malleable? Does it adapt to us or do we adapt to it? Is the frame coming down around us or are we pushing back out on it? Which side of the asshole are we on?

What better illustration of the arbitrariness of personal identity (with a whole industry ready to exploit it) than astrology? We are fire, water, air, or earth depending on the random time of year that our parents decided to consummate (or be surgically fertilized). Yet, perhaps there is merit for when our charts tell us that we will find love or travel we can become more open to dating or taking time off work. When we look in the mirror and force a smile, facial feedback theory tells us

that we become happier, so what’s the problem? After all, we are what we eat, what we do, and whatever objects or ideas we ingest.