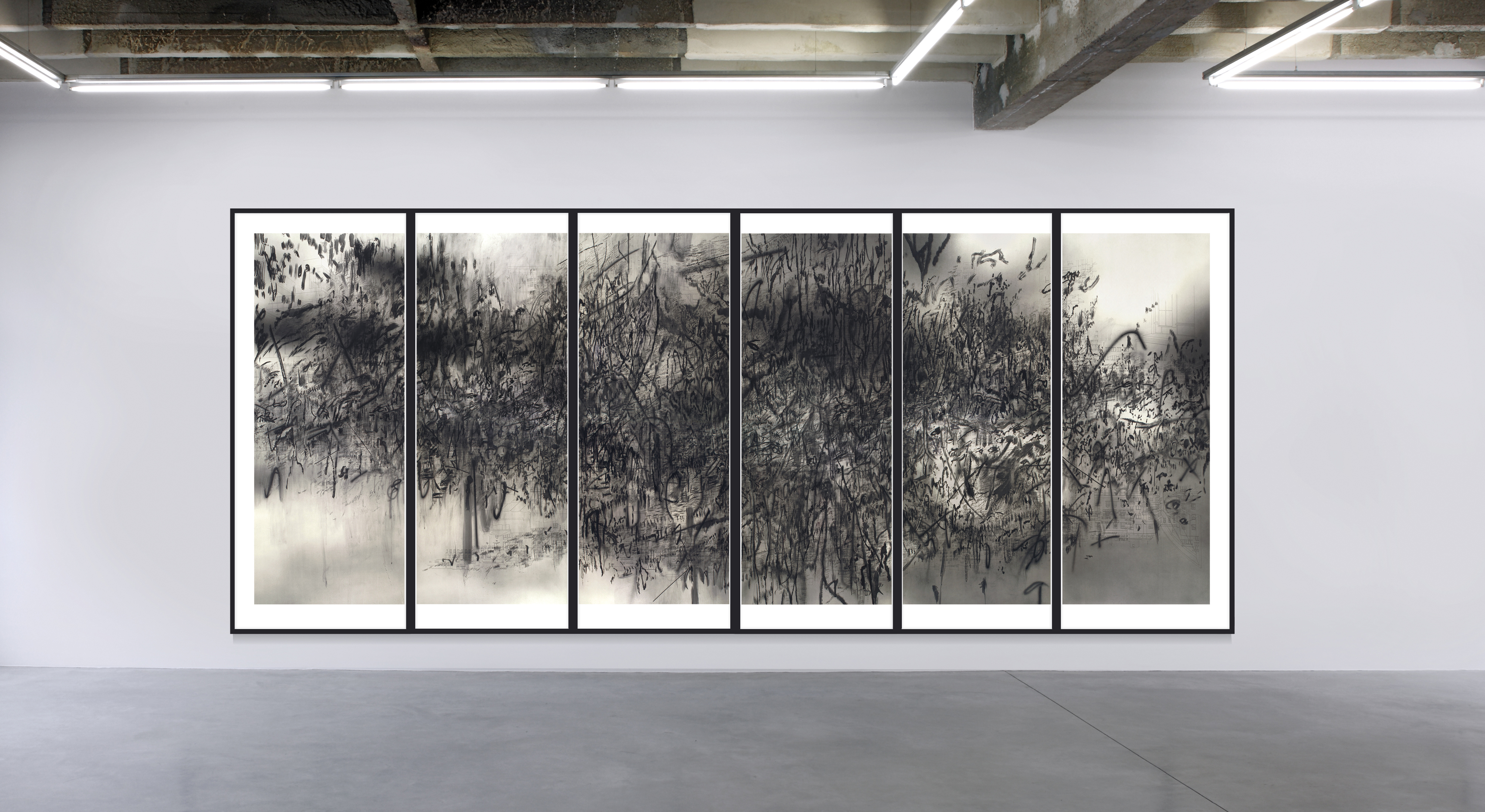 Julie Mehretu’s points of departure for Epigraph, Damascus, her first project with Niels Borch Jensen Editions, are layered architectural drawings of buildings in Syria. Among the depicted architectural features are columns, arches and porticoes, all shown from multiple perspectives. While political and social elements are unavoidably tied to these architectural forms, the specificity of the place is less relevant to the artist. Mehretu has once described her works as ‘story maps of no location’, seeing them as manifestations of an imagined rather than actual reality. Deconstructed elements from well-­‐known places get fused, and new meanings emerge.