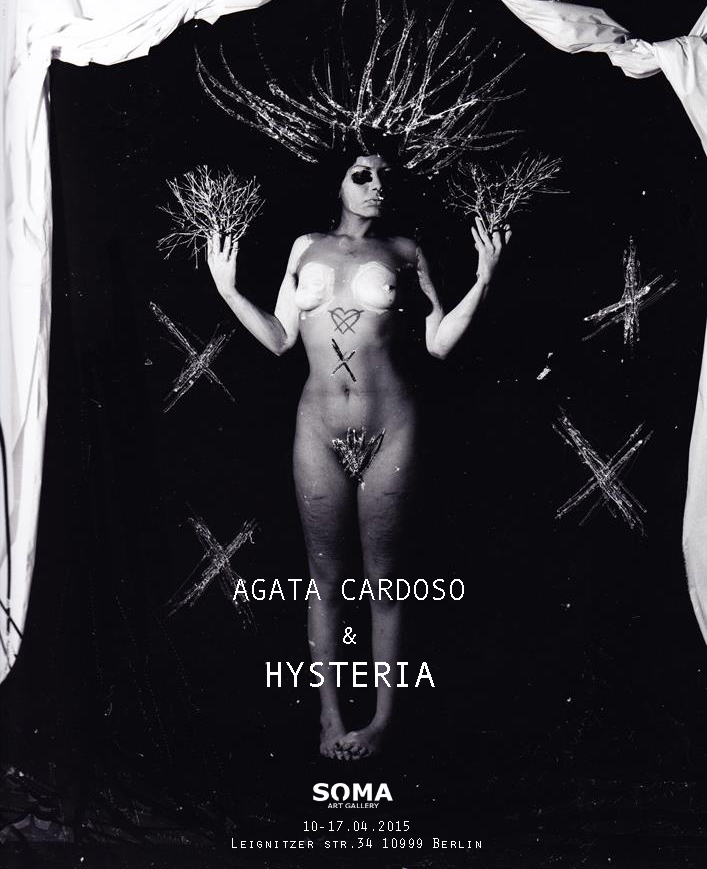 HYSTERIA is proud to present AGATA CARDOSO at SOMA gallery in Berlin!

AGATA CARDOSO is an analogue photographer based in the UK. She distinguishes herself by putting great emphasis on the post-production; the development and printing - the wet processes. It is during these latter stages that she creates ‘illusions’ with the film, highlighting languages of pain and elements of the grotesque that provoke viewers to transform their patriarchal gaze towards the marginalised.

She leads us on a twisted road of narratives that claim, rather than reject, hysterical bodies. Instead of positioning these bodies outside of power, she places the feminist reaction to betrayal inside the betrayal itself. Rather than dismantling power from a position of exteriority, she accepts the relational character of power and from that position instigates its disruption.

We welcome you to join us on a journey of hysteria by visiting the exhibition and experiencing a range of performances, talks and discussions interpreting feminisms and hysteria in all of their unstable, undisciplined and resistant forms.

'Are you a Doctor, Sir?'
Sound work by SHARON KIVLAND

'The Cure'
Performance by ANDREA BARR and SADIE LUNE

'Lets do it the other way around'
Performance by FEMALE TROUBLE

'Light is neither correct nor incorrect'
Spoken word by JAYROME C. ROBINET

'On Punishment'
Talk by FRANZISKA DUEBGEN

SOMA will be open everyday from 4pm.
Keep an eye on this space for more information.