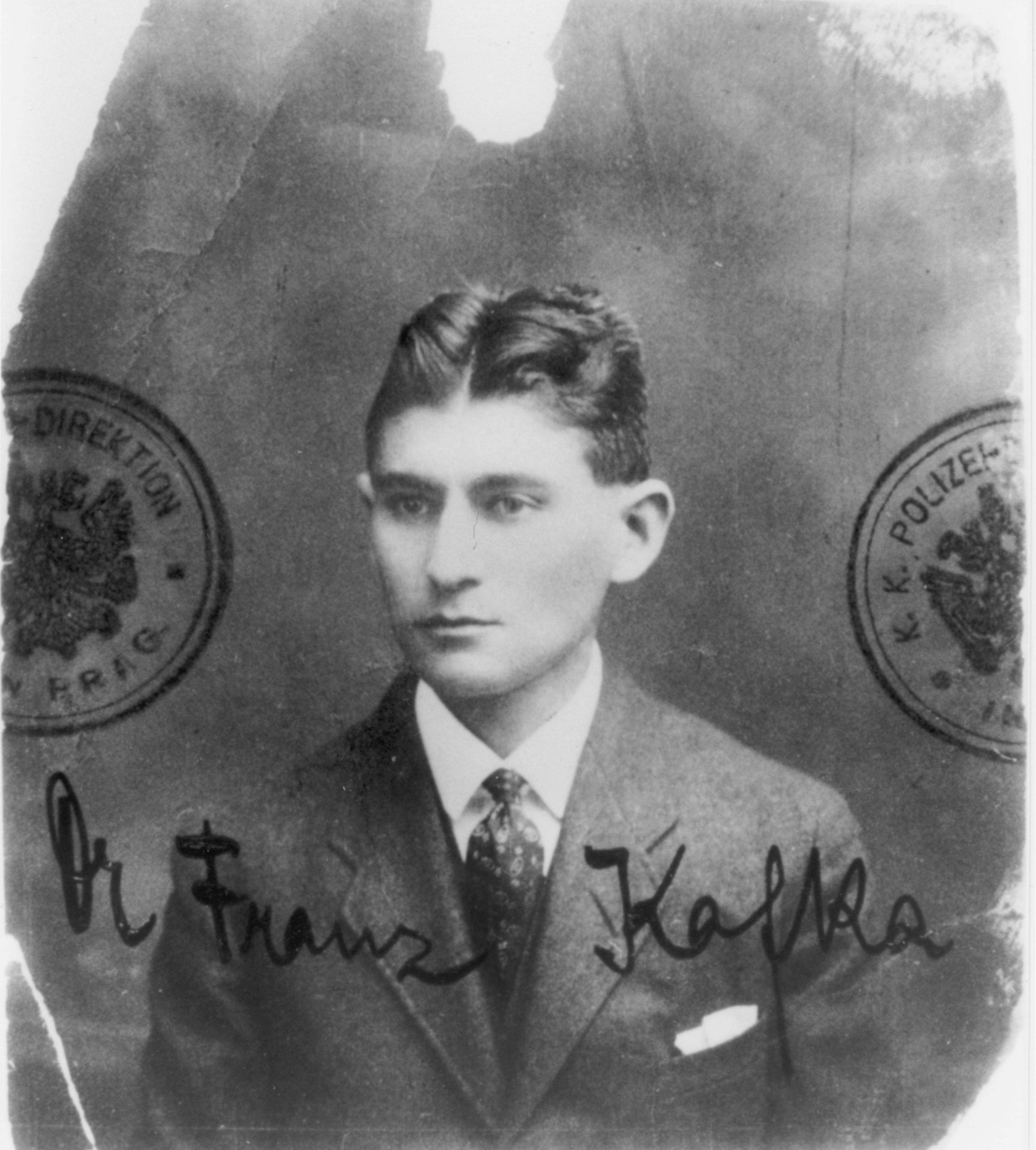 “The anguish this book gives off is at moments almost unbearable; for how can one help but say to oneself: this hounded creature is I?” André Gide

More than 100 years after it was written, the entire manuscript of Franz Kafka’s famous novel “The Trial” is going on show at the Martin-Gropius-Bau in Berlin. It will be displayed page by page in the order given to it by Kafka’s friend, executor and editor, Max Brod. The Berlin presentation is based on the 2013/2014 exhibition “The Entire Trial” at the Museum of Modern Literature in Marbach; the manuscript is part of the collections of the German Literature Archive in Marbach.

Stresemannstraße 111, in the immediate vicinity of the Gropiusbau (Stresemannstraße 110, then Königgrätzer Straße), was once the site of the Hotel Askanischer Hof. It was at the Askanischer Hof, on 12 July 1914, that the legendary conversation took place between Franz Kafka and Felice Bauer, her sister Erna and friend Grete Bloch, after which the engagement between Kafka and Felice Bauer was broken off. Kafka wrote later in a journal entry that the meeting felt to him like a “law court in a hotel”. Thus the idea for his novel began to take shape.
He began writing the novel in August 1914, with the First World War already being fought, and it was largely completed by January 1915. Today, “The Trial” is regarded as one of Franz Kafka’s major works. The surviving 171 sheets of the manuscript contradict the notion that a novel must develop linearly and be narrated from beginning to end. During the approximately six months that he spent working on “The Trial”, Kafka, who earned his living as a lawyer at the “Arbeiter-Unfall-Versicherungsanstalt” (workers’ compensation insurance institution) wrote chapters and chapter sections for the novel in ten different quarto notebooks, for the most part made up of 40 sheets each. The work, edited by Max Brod after Kafka’s death in 1924, was first published in 1925 by the Berlin publishing house “Die Schmiede”.

The exhibition is complemented by screenings of Orson Welles’ 1962 film adaptation and photographs from Klaus Wagenbach’s collection. The photograph selection was curated by Klaus Wagenbach and Hans-Gerd Koch. Translations of “The Trial” in more than 60 different languages will also be on display.

The precious manuscript was purchased at a London auction in 1988 for approximately 3.5 million marks in a collective effort by the German Federal Government, the Cultural Foundation of the German Federal States, and the State of Baden-Württemberg, and at the time was the most expensive manuscript ever to be bought at auction.

Kafka often worked on several chapters at the same time in various notebooks, alongside diary entries and drafts of other texts. Just one day after starting work on his novel, he wrote in his diary: “No sleep at all. In the afternoon I laid on the sofa listlessly without sleep for three hours; same again at night. This must not stop me.”

Kafka took apart his ten manuscript notebooks, added coversheets (fashioned from folded or halved pages from his typescript of “The Stoker”, a chapter published in 1913 from his likewise unfinished America novel The Man Who Disappeared), and arranged them into 16 volumes.

In January 1915, Kafka abandoned his work on “The Trial”. In September 1915, he published a few pages of it in the Jewish weekly paper “Selbstwehr”. In 1920 he handed over the entire manuscript to his friend Max Brod. However, as early as 1921/22 he asked Brod to burn his work “unread and without remnant”.

Brod did not carry out this wish and in 1925, one year after Kafka’s death, he published a selection from the “Trial” manuscript; further editions followed in 1935 and 1946. His view was that the section “Someone must have been telling lies about Josef K.” and the nine volumes with just a coversheet had been completed; he put them in order, corrected presumed errors in the manuscript, standardised the spelling and added punctuation. The other six volumes that formed part of the Stoker typescript, consisting of a total of 19 sheets, remained as unpublished fragments.

When Brod left Prague in mid-March 1939, just a few hours before the Wehrmacht invaded, he took the “Trial” manuscript with him. He travelled to Palestine and after the war he gave the manuscript to his secretary and partner Esther Hoffe. In 1988, she decided to sell it. Thanks to an unparalleled fundraising campaign, it was possible to acquire the manuscript for the German Literature Archive Marbach.