Halloween is just around the corner. In our this years Halloween Special we discover the darkest places of Berlin.
So be prepared for URBAN EXPLORER. Producer Oliver Thau is present for a Q&A.

Admission is free. Donations are welcome.

Anxious to explore the subterranean underbelly of Berlin, a group of foreign urban explorers meet for the first time and follow their local guide into an eerie maze of escape tunnels and underground fortifications in search of the walled up “Fahrerbunker” because of its forbidden Nazi graffiti.
When their guide falls, breaking his leg two of the girls in the group frantically set off to seek help while Denis, a young American honeymooner, and Lucia his breath-taking Latina wife, stay behind. It is then they meet Armin an affable “guardian” of the underworld, and follow him to his base where, as he promised, everything shall be taken care of… 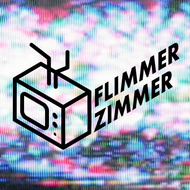