For the upcoming anniversary, the FLIMMERZIMMER steps out of the homey living room café and presents six remarkable short-film highlights and their directors in the FLIMMERZIMMER “365”. On Thursday, the 30th July 2015 at 8 pm, we will celebrate together with filmmakers, experts and those who are interested in films, in the “Volksbar” at Rosa Luxemburg Platz.

Six outstanding film makers are presenting one short-film each and will be supported by a patron* from the film industry. The patron will give a speech to the audience and a hold a dialogue with the filmmaker, giving feedback and revealing background-stories about the film.
The event is moderated as usual by the initiators and filmmakers André Herrmann und André Kirchner. After the screening we are inviting everyone to celebrate the first anniversary with us and give filmmakers and patrons the chance for professional exchange in the networking-lounge. 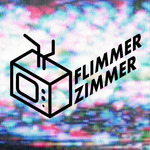