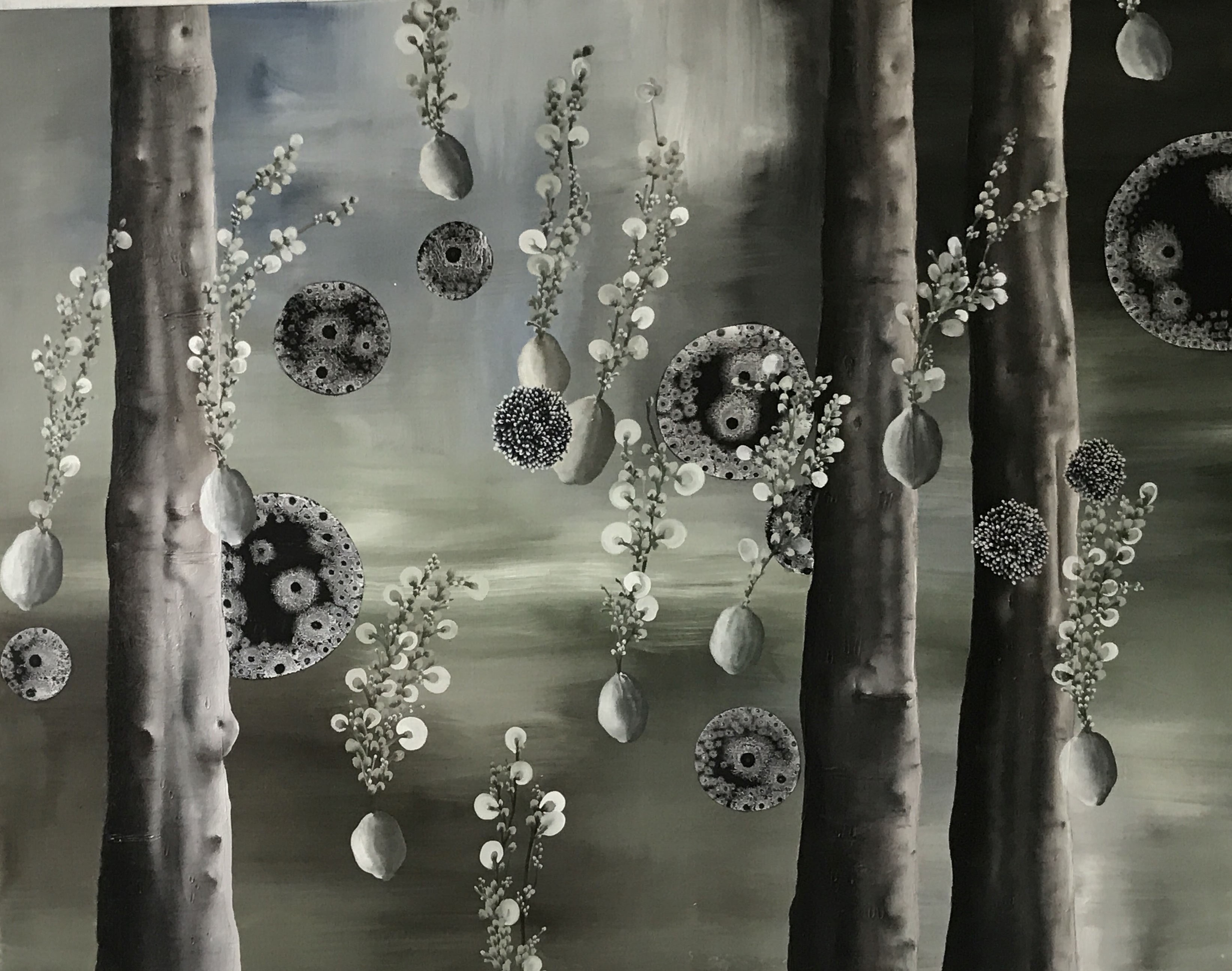 On 30th August, when we opened the exhibition of the Moroccan artist Yamou, it was still summer in Berlin. Back then we had a wonderful opening and a lot of inspired visitors have since come by. Now the leaves turn slowly golden and the exhibition faces its last days. So to all those who haven’t made it to the gallery yet or who would like to dive again into Yamou’s cosmos on canvas, we cordially invite you to the finissage on 19th October. From 7-10pm you can visit the exhibition while having a glass of wine and some nibbles. We look forward to seeing you soon!

Abderrahim Yamou (*1959, Casablanca), or Yamou, as he is known for his work, only decided to pursue an artistic career at the age of 27, having previously studied biology for several semesters before later graduating in sociology. His oeuvre could not be more varied: from early abstract paintings made of sand, metal and wood, to prehistoric motifs and misty landscapes, Yamou finds his present imagery at the beginning of the 2000s. From this point on, the artist’s gaze narrows in on the microscopic, his works allowing the observer to become immersed in an organic cosmos of tissue, cells, microbes and molecules.

But whilst we still imagine ourselves under the skin of a human or within a plant cell, the painter’s pupil already widens, and flowers, tree trunks and the depth of space reveal the intriguing laws of Yamou’s cosmos: different dimensions exist here side by side. Sometimes light-filled and cheerful, sometimes gloomy and enigmatic, they carry the balance of biological life and unleash upon the canvas a fascination that one cannot resist.

In addition to painting, the artist also designs sculptures made of metal, wood and natural materials. His works have been shown in numerous solo and group exhibitions in Europe and Morocco, and can be found in the Neuberger Museum in New York, the French Foreign office in Paris, the K. Lazaar Fondation in Tunis and the Nelson Mandela Collection, South Africa, as well as in many private and institutional collections in Morocco. Yamou currently lives and works in Paris and Tahannaout, Morocco.