After knowing each other´s works in several meetings and discussions, Disassembling was the concept that we reached from variable possibilities. With this concept, we found a shared trace to follow and bring it together in an exhibition. To look at the different artworks under this subject, the art works can be disassembled, or reassembled as if they function as modules for people to build their own languages.

Yoonhee Kim: It begun with Trisha Brown’s choreography piece,‘Locus’(1975) that represents the relationship between language and movement. Under the influence of her work, the idea has been developed into sculptural form instead. The words are re-ordered in a space, locating the alphabets with dots and lines by measuring them as numbers. Than additional forms and shapes are produced based on that structure.. It is a process itself that is constantly losing and adding, without knowing where to go. www.yoonkim.org

Tiago Margaça: The piece, more than anything else, is an action that makes the spectator to redefine their concept of piece of art. Also, it is a provocation to the behaviour that normally is taken in a gallery or Museum. The ornament is related to that, but in this case it is a drawing with a limitated period of life.

Paul Zürker: In the installation, you will find light, shadow, an object, a projector and one computer. The construction appears to be congruent. The work points on the ability to see things together and to give meaning to it. By having a closer look, the work reflects itself and its conditions by deconstructing itself. www.paulzuerker.com 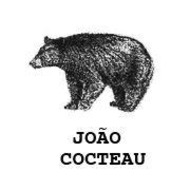