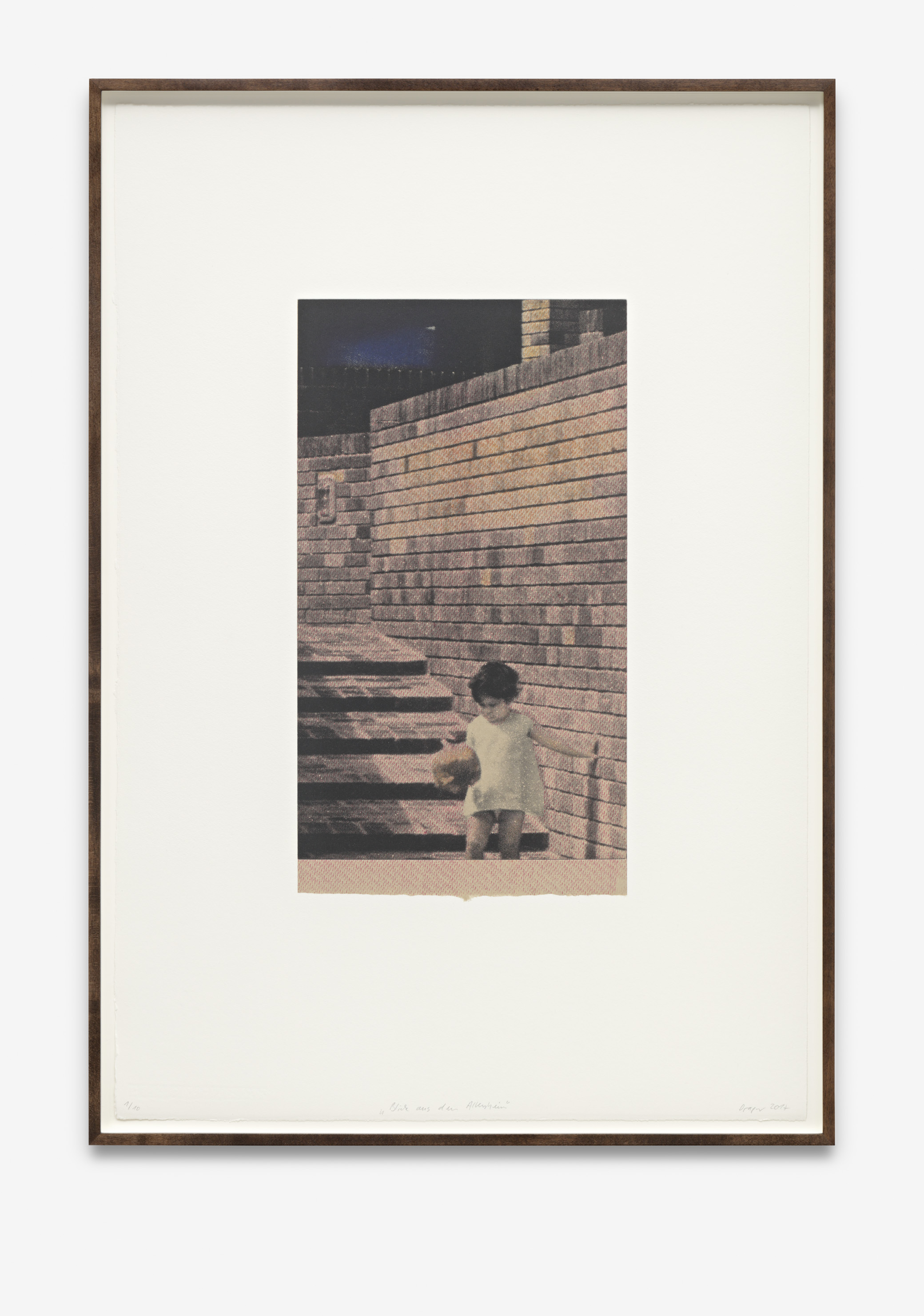 BORCH Editions will inaugurate their new Berlin location in Goethestr. 79, Charlottenburg with a group exhibition as part of EMoP 2018 European Month of Photography. The exhibition features photogravure projects by Thomas Demand, Markus Draper, and Elmgreen & Dragset.

Black Label, Thomas Demand’s 2009 collaboration with BORCH Editions, is a suite of four photogravures. The images depict a cardboard reconstruction of a building situated in the Japanese city of Kitakyushu which houses a bar named Black Label.

The small Japanese bar first raised Demand’s curiousity because of its surprising, septagonal shape, which did not seem to relate to anything around the site. The three-storey house has just enough space for a bar with five seats and two karaoke rooms upstairs. It is a replacement of an identical structure that was demolished 10 years earlier, some 100 meters away from its current location. The city offered the owner this act of reconstruction as compensation for his willingness to move to another spot and make room for a shopping mall. Hence the houses’ septagonal shape, which was created for the piece of land it originally stood on.

Markus Draper’s artistic practice often revolves around his own biography. Born and raised in the former GDR, Draper’s family had access to the magazine Schöner Wohnen, (’Better Living’), a publication about architecture, interior design and lifestyle. Draper’s hometown, Görlitz, was too far away from West Germany to receive Western television stations, so the magazine played a crucial role in shaping Draper’s view of the unfamiliar, inaccessible part of his home country.

More than thirty years later, these magazines form basis for Markus Draper’s first collaboration with BORCH Editions. In Schöner Kind, a series of eight photogravures, Draper uses imagery from the original magazines, which in the 1960s and 70s often featured children almost as if they were decorative elements. Draper juxtaposes the Western educational ideal of the ’nuclear family’ with the East German ideal of collective education. The works are a reactivation of his own childhood memories as well as an attempt to shed light on a society which attempted to numb the memories of its recent national socialist past in a capitalist culture of consuming frenzy.

Draper’s choice of printing techniques relates directly to the works’ concept. The found imagery from the magazines was transferred onto photogravure plates, and the chine collé underlying these images has the texture of structured wallpaper, floor covering, or insulating board – hardware store materials used to enhance comfort in residential living as it is displayed in Schöner Wohnen.

For their photogravure series Deutsche Museen Elmgreen & Dragset worked with photographs of eight empty German museum spaces. It is customary for museums to provide their collaborating artists with imagery of the empty exhibition spaces to faciliate exhibition planning. Elmgreen & Dragset used a selection of these images to create seemingly multi-coloured photogravures which, in a technically demanding process, are created from only two printing plates and only two basic colours. The works question the concept of the White Cube, the idea that a space can be so featureless and neutral that it fully disappears behind the artworks displayed in it.