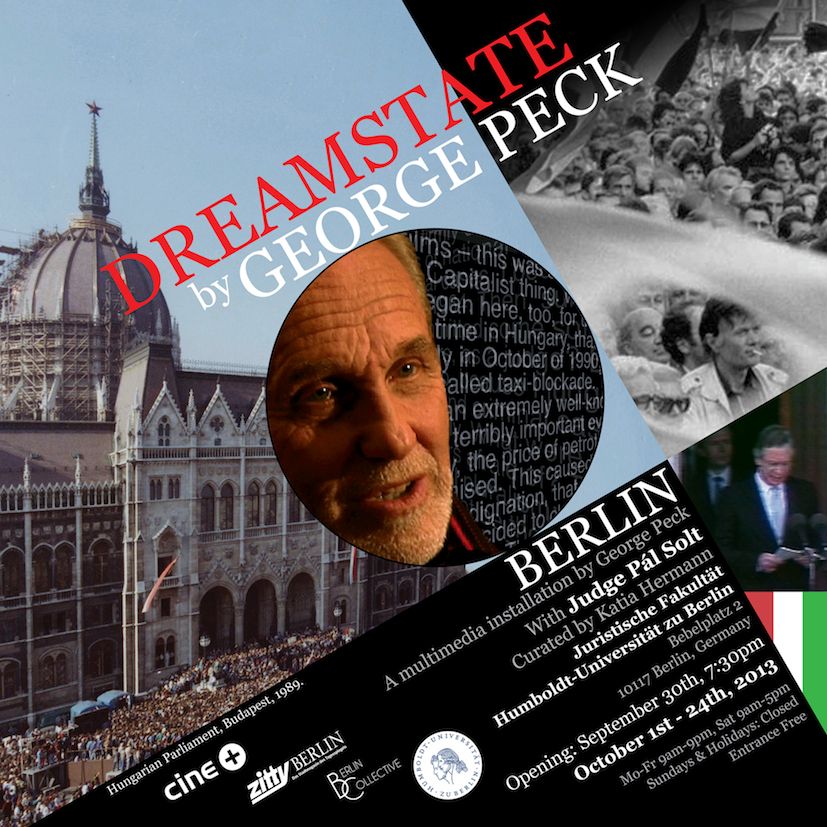 In the multimedia installation DREAMSTATE, the Hungarian-American artist George Peck refers to the judicial and peaceful transition from an authoritarian government to a democratic one that began in Hungary 1989-90, a pivotal year internationally. The installation shows archival images and video, as well as documentation of contemporary events in multilayered projections and gives visitors the opportunity to listen to the eyewitness accounts of the former Chief of the Hungarian Supreme Court, the Honorable Dr. Pál Solt. Informed by a painter’s sensibility, the artist creates in DREAMSTATE a composition which reminds one of the structure of dreams.
In light of the actual situation in his country of birth, George Peck feels the importance of recalling these historically significant moments of 1989-90.Transgressing the spatial-historical context, DREAMSTATE stands as a universal symbol for the peaceful transition and protection of democracy and constitutional legality. This in a world coined by riots and change, like in the Arab world for example, while experiencing rollbacks in democratic states led by autocrats, like in Hungary, the Czech Republic, Romania, Turkey or Russia.
The panel discussion will address the process of democratization in Hungary and the following questions concerning the historical events of 1989-90: How did this peaceful transition fulfil the hopes and aspirations of the Hungarian people, and where does Hungary stand more than twenty years later? What does democratization mean, not only politically but intellectually, psychologically, culturally, and economically? How does this bloodless revolution stand as precedence for other countries in reformation? In conclusion, and making a link to the exhibition: At times when radical change is taking place, what is the artist’s role in short-term politics?

In collaboration with the Humboldt-Universität zu berlin, ciné+, Zitty Berlin and Berlin Collective. 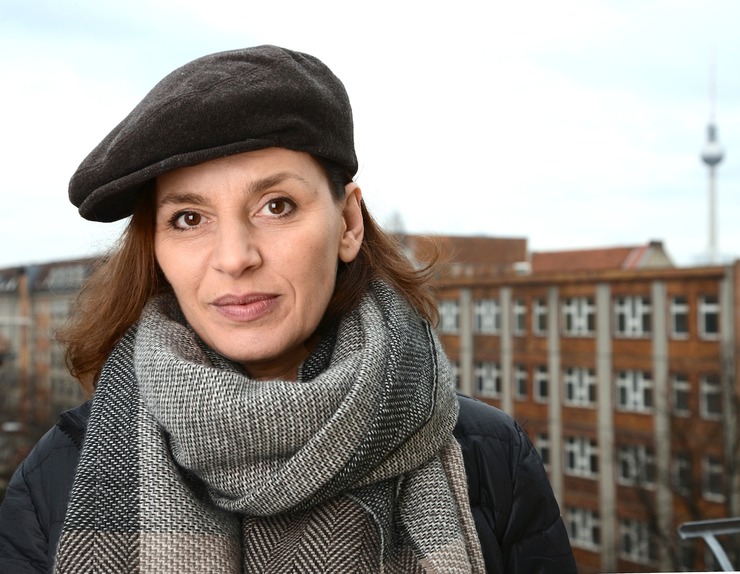