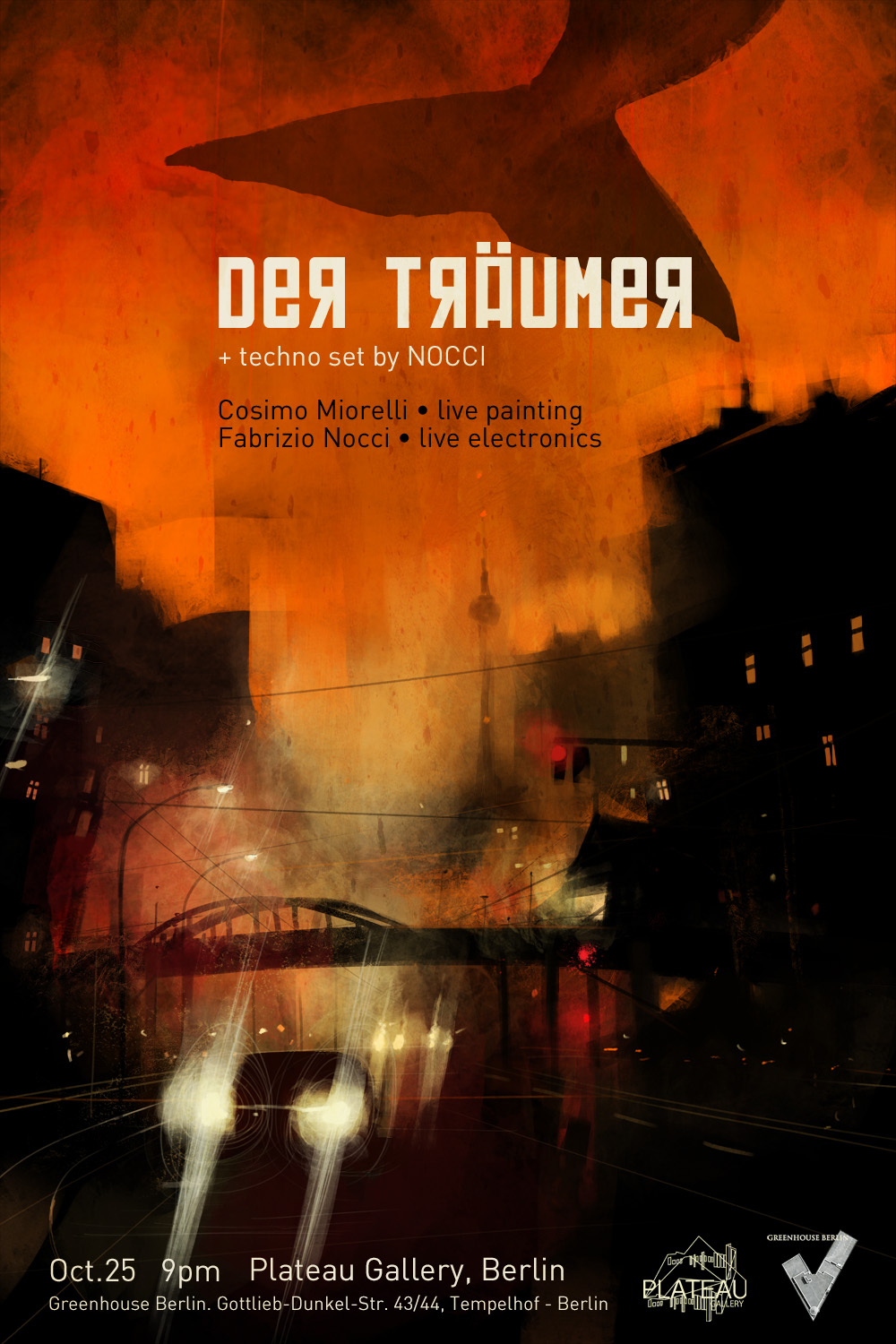 A new chapter of Der Träumer, a live-storytelling performance by Cosimo Miorelli and Fabrizio Nocci that combines live painting and live music. Follows a techno music set by NOCCI

Der Träumer walks into a dream. Places and atmospheres arise from silence and dissolve into colors, shapes and figures feed on sounds and come alive dancing with brushstrokes.
It is familiar and uncanny, dark and colorful, obvious and unpredictable, just like dreams are.

Miorelli and Nocci are both Italian, have both lived in the same Region during their youth, have had some common friends and have arrived to the same city, Berlin, in different years, at different ages and with different attitudes. They now met and found the urge to tell what they felt and what they look for in this ever-changing city. Der Träumer (the Dreamer) is their guide into a dream, cold like northern winters, warm like the breath of the urban beast. Miorelli shapes his visions with digital painting while Nocci does it with music and sounds. 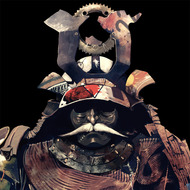