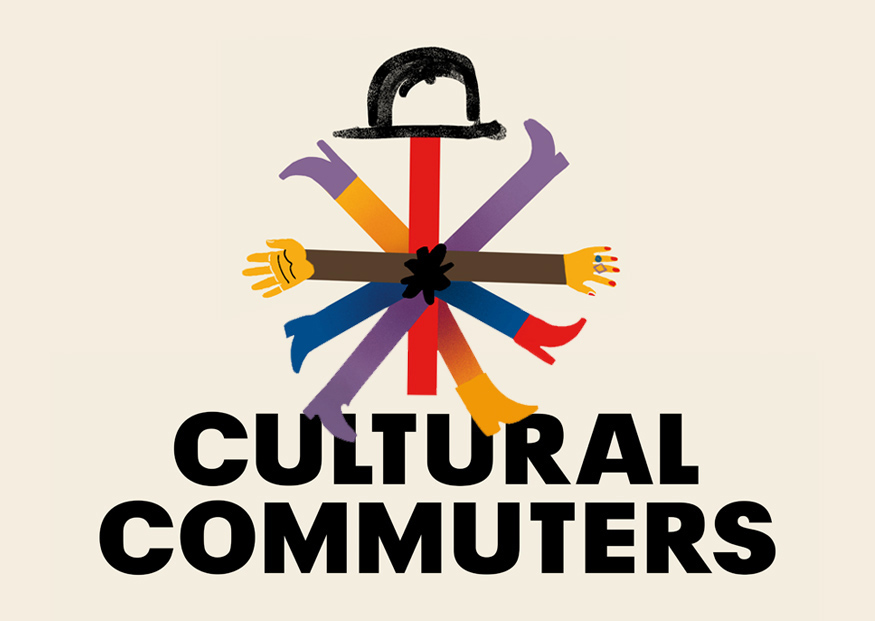 Taking the Cultural Commuters© concept as a point of departure, the exhibition project is initiated
and curated by Prof. Jozef Legrand and Ilka Schaumberg from designtransfer for the state of DESIGN,
Berlin 2016 Festival (4–8 May).

Unlike many generation before us, we no longer possess a relatively homogenous and monolithic
identity - neither individually nor collectively.

The increased physical and digital mobility of the information society has led to the isolation of
individuals, despite the fact that many of us are able to hold multiple memberships in countless
communities. This gave rise to an interesting paradox – a surge of networking has accelerated the
rate at which individuals are disconnected from long-lasting, stable and traditional social structures.

The challenge for a cultural commuter lies in taking the experiences from one context in one world,
and finding a way to communicate, integrate and mediate them in a different one. This act can lead
to problems and conflicts, but at the same time carries a great creative potential. New flexible models
are required in order to generate communities which are undeterred by physical distances as well as
political, religious, social and cultural differences.

Due to its procedurally applied nature, Cultural Commuters© considers itself to be an example of
such a model.

The exhibition features projects by students from Visual Communication, New Media, Product- and
Fashion Design at the UdK Berlin which together form an evocative collage, providing a glimpse into
the lives of cultural commuters by harnessing its creative potential.

The exhibition opening on the 5th May is one of the launching events of state of DESIGN, BERLIN
4–8 May, 2016 with an introduction in the concept of the Cultural Commuters© by Prof. Jozef
Legrand as well as performances and presentations.