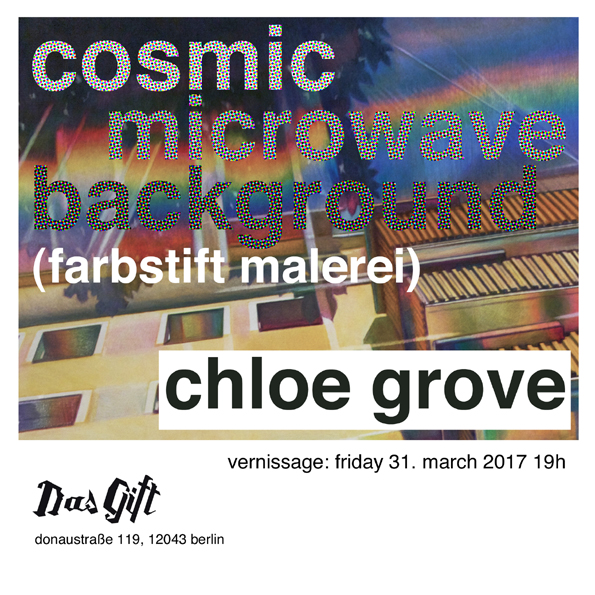 In Cosmic Microwave Background, Chloe Grove presents a series of large format works in coloured pencil which challenge the traditional use of this medium.

Evoking geological formation and fossilization, a study of pressure and time, the pieces on display utilize an unorthodox technique where layers of colour are built up and blended until the paper reaches the point of saturation and the surface achieves a burnished sheen.
Inspired by physics principles, space exploration and digital aesthetics, Grove attempts to depict the essence of light energy and reimagine it in an abstracted, decelerated alternative reality.

The cosmic microwave background is the electromagnetic radiation left over from the time of the Big Bang. This "relic radiation" is fundamental to observational cosmology because it is the oldest light in the universe, dating to the epoch of recombination. With a traditional optical telescope, the space between stars and galaxies is completely dark. However, a sufficiently sensitive radio telescope shows a faint background glow, that is not associated with any star, galaxy, or other object.

Chloe Grove is a British artist living and working in Berlin. 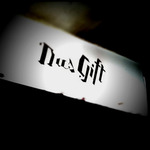