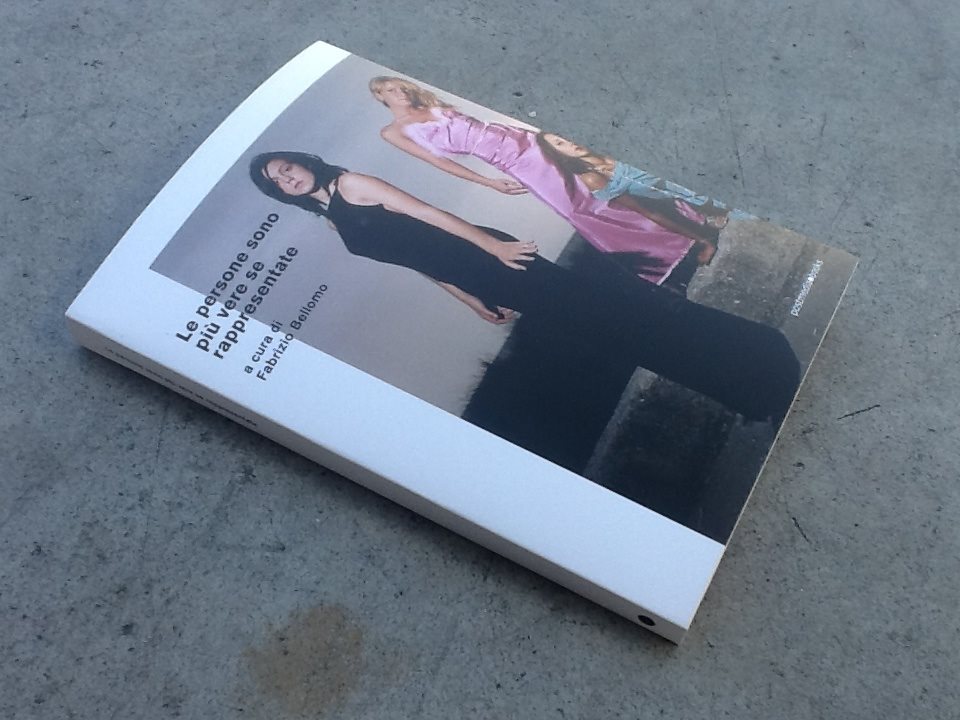 The publication "Le Persone sono piú vere se rappresentate" (People are more real if represented) is the result of research, cross references, and conversations realized by Fabrizio Bellomo in collaboration with Chiara Buzzi on the occasion of the videofestival Prosecco e Pop Corn (www.proseccopopcorn.com), held in Milan at Giovanni Bonelli Gallery and in Bari at Cineporto, seat of the Apulia Film Commission foundation.

The volume includes pictures, links and conversations between Bellomo and different critics and researchers that have been collaborating in the project: Rinaldo Censi, Bruno Di Marino, Sergio Giusti, Luca Panaro.

During the presentation at il KINO a selection of videos and photographic works discussed in the publication will be screened and introduced by Fabrizio Bellomo and Mario Margani.

The book launch is the first step towards the organization of a new edition of Prosecco e Pop Corn in Berlin, with a partially new screening program (TBA).

Fabrizio Bellomo (Bari, 1982) is an artist, curator and film director. He carries on his research in an hybrid and multidisciplinary way. Some of his audio-visual, photographic works and site specific interventions have been exhibited in Italy and abroad in the context of solo and group exhibitions, public projects, and cinematographic festivals. Recently his first movie "L'albero di Trasmissione" has been released and presented during film festivals in Florence and Milan.

The book "Le persone sono piú vere se rappresentate" has been published by postmediabooks
Link to the publisher: http://www.postmediabooks.it/2014/123lepersone/bellomopersone.htm

The book launch and the screening are open to the public and free.
Start at 3 pm, sharp!