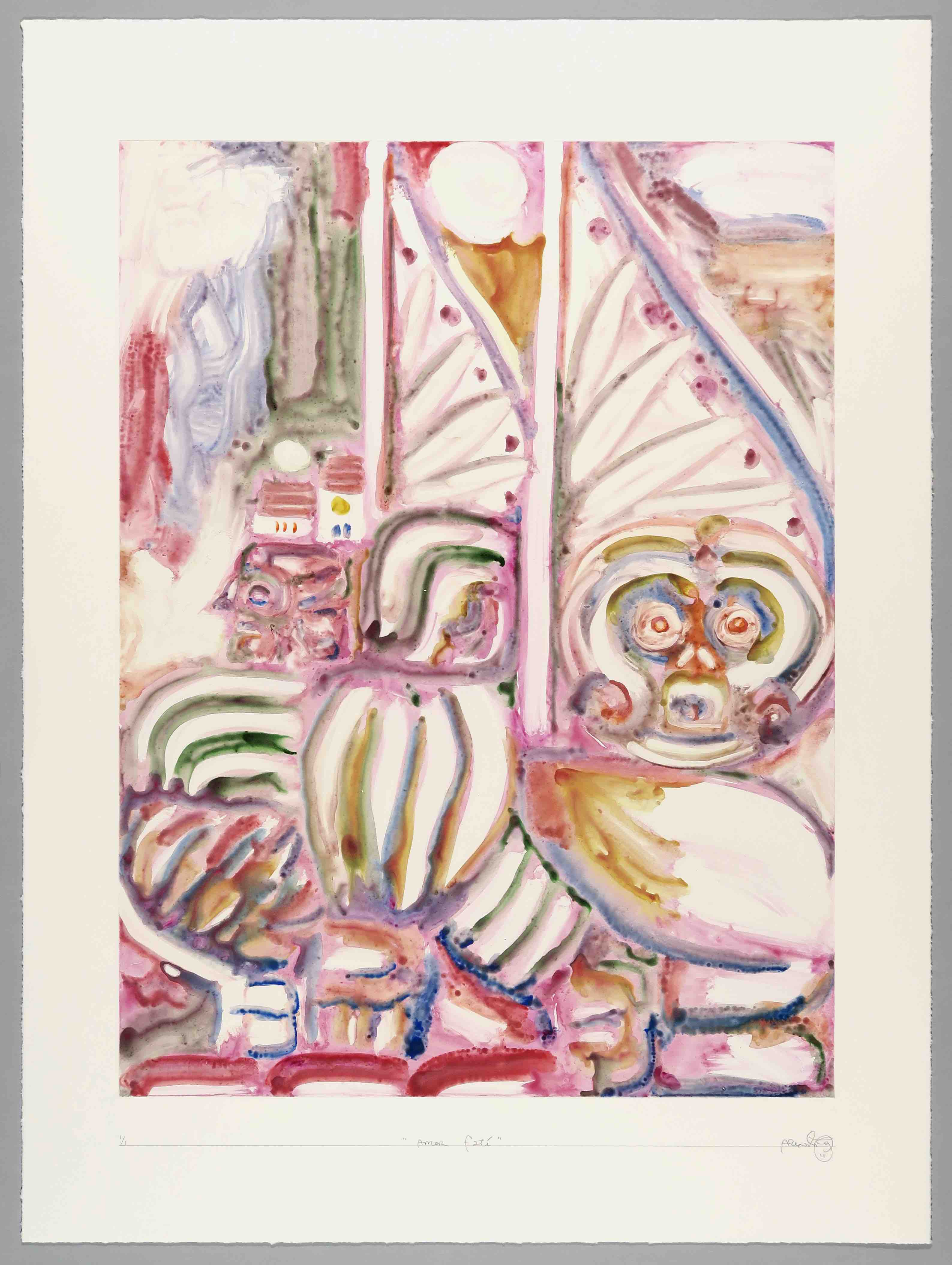 The latin expession amor fati (engl. love of fate) describes a state of mind of unconditional acceptance of life’s circumstances. All events – good or bad – are considered predetermined. For Tovborg, Joan of Arc exemplifies this state of mind. She is an individual who fully realizes her fate by living it out to the fullest. Her dramatic biography and later elevation to the status of a Catholic saint and national heroine turned her life into a universal narrative of fundamental human questions.

Tovborg’s artistic practice draws from such questions through the investigation of religious narratives, myths and symbols. His unique visual universe unfolds in ornamental shapes and rich colour combinations. Tovborg’s woodcuts are executed from several different plates, allowing him to build up motives with complex colour combinations in several layers. Woodcuts are relief prints, meaning that those areas of the wooden plate which are not supposed to receive ink are carved away. Then ink is applied to the protruding parts of the plate.

Monotypes are unique prints created on a featureless plate; the plate serves as a mere vehicle to transfer the artist’s painting onto paper. The resulting image cannot be repeated, but the residue left on the plate may be used to create so-called ‘ghosts’. Tovborg incorporated the residue ink from some of his monotypes into others, creating a series of prints which are unique and interrelated at the same time.

Alexander Tovborg has been collaborating with BORCH Editions since 2007.