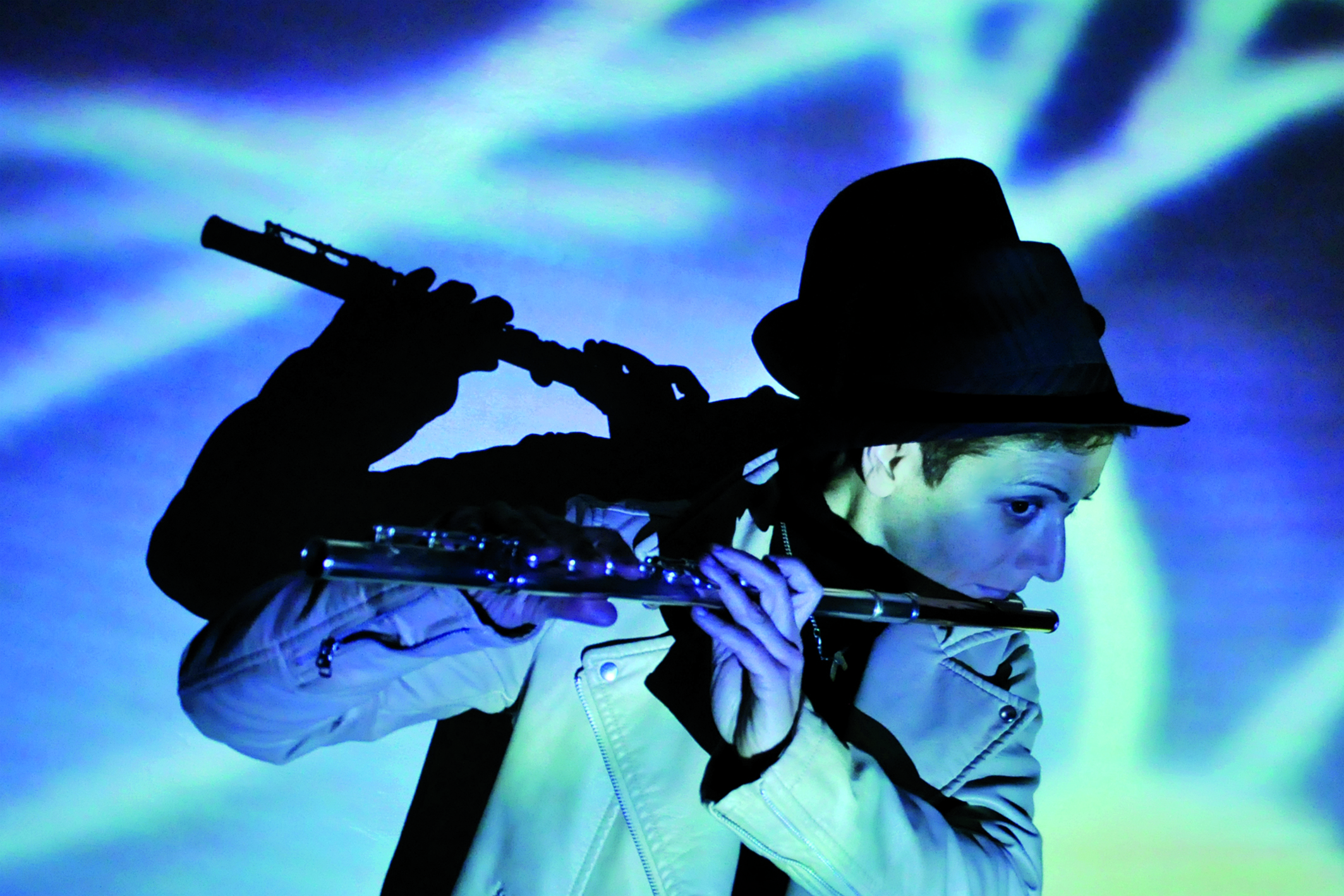 The musician and composer Yael Acher "KAT" Modiano is fascinated by the Expressionist silent films that appeared during the Weimar Republic. Along with her flute, an eclectically-composed electronic soundtrack, great creativity and musical intuition, she creates breath-taking soundscapes for legendary silent films such as “Metropolis”. For Vineta Pavilion, she will present live a contemporary soundtrack to the projection of the silent film “Different from the Others” (1919) during the Berlin Art Week. The film, conceived by Richard Oswald and the sex researcher Magnus Hirschfeld, is one of the first sympathetic portrayals of homosexuals in the cinema.